Only of 37% of Americans approve of Biden's handling of the economic recovery.
ABCNews
By Hannah Demissie 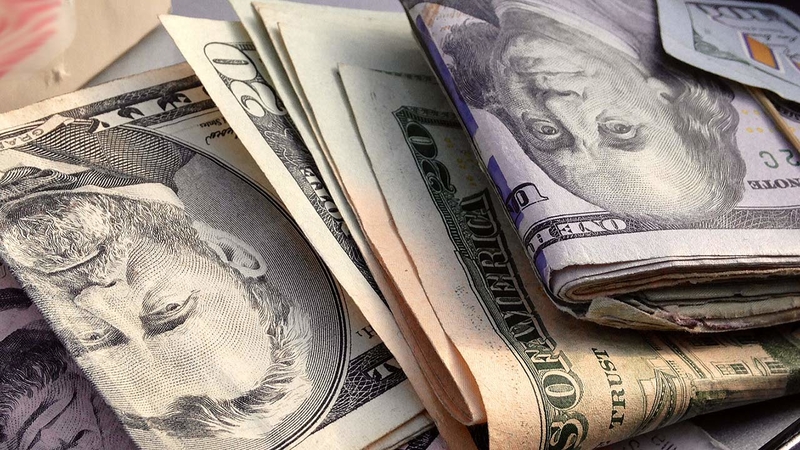 As the midterm election approaches, most Americans say that the economy, inflation and rising gas prices are the most important issues in determining how they will vote for Congress this November, according to a new ABC News/Ipsos poll.

With inflation on the rise since last fall, Americans have been significantly affected by the rising cost of goods and services. And, more than eight in 10 Americans (83%) now say that the economy is either an extremely or very important issue in determining how they will vote, in the latest ABC News/Ipsos poll conducted using Ipsos' KnowledgePanel.

In the poll, 80% of Americans say that inflation is also an extremely or very important factor in how they will vote and for gas prices, it is 74%.

Friday, Biden spoke about the May jobs report, which saw 390,000 jobs added and unemployment remained at 3.6%, according to the Bureau of Labor Statistics.

Even though Biden said the latest jobs report was "excellent," he acknowledged that many Americans are still worried about the economy.

"I know that even with today's good news, a lot of Americans remain anxious, and I understand the feeling," Biden said.

Biden's highest approval rating is for his handling of the COVID-19 pandemic (56%), which is now among the least important issues to Americans, according to the ABC News/Ipsos poll.

The poll also found that gun violence (72% saying extremely or very important) and abortion (63%) are also potentially important drivers of the vote. As the nation waits to see if the Supreme Court will overturn Roe v. Wade and Congress considers legislation in the wake of the mass shootings in Buffalo, New York and Uvalde, Texas, these issues stand just below the top tier drivers of the vote.

These figures also demonstrate that while rising inflation and gas prices may be the primary factors pushing people to vote this election cycle, gun violence and abortion are also growing in importance in the mind of voters.

A separate question asking what the single most important issue will be in their vote for Congress showed a similar ranking of issue priorities. The top issues were inflation (21%), the economy (19%), gun violence (17%) and abortion (12%).

Thursday, Biden addressed the American people following a string of mass shootings across the country and said that if members of Congress do not act, they will be voted out.

"If Congress fails, I believe this time a majority of the American people won't give up. I believe the majority of you will act to turn your outrage into making this issue central to your vote. Enough," Biden said.

Congress will hold hearings this week to address the gun violence epidemic in the country as pressure mounts on legislatures to take action to combat the rise of mass shootings.

This ABC News/Ipsos poll was conducted using Ipsos Public Affairs' KnowledgePanel June 3-4, 2022, in English and Spanish, among a random national sample of 542 adults. Results have a margin of sampling error of 4.8 points, including the design effect. Partisan divisions are 28-26-40 percent, Democrats-Republicans-independents. See the poll's topline results and details on the methodology here.