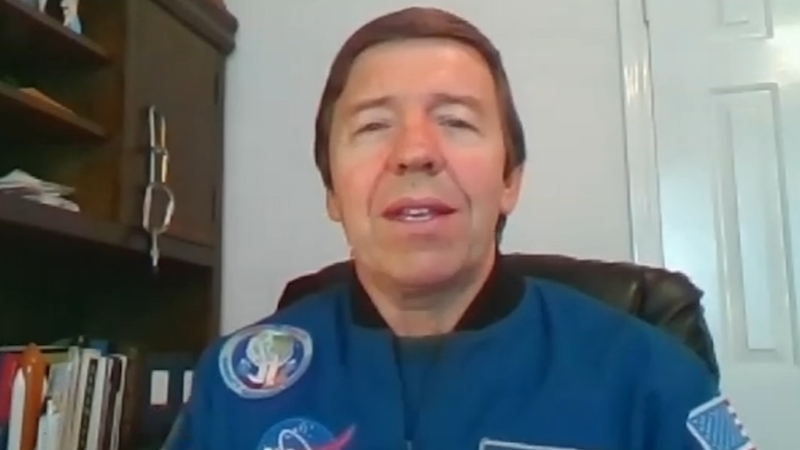 EVANSTON, Ill. (WLS) -- Just minutes before scheduled liftoff, NASA and Space-X delayed its launch of the Falcon 9 rocket. While it's been postponed to Saturday, a local astronaut spoke to ABC7 about the importance of the mission.

Dr. Mike Barratt had to go Russia for his 2009 trip to the ISS, where he spent 199 days. He said today's space farers would have been stunned 8.5 minutes after launch.

"Suddenly it is silent," Barratt said. "You're floating. You feel the rush of body fluids up to your head And you might be seeing the Earth now and all that happens In this magical moment when the engines cut off."

A new generation of aspiring astronauts see this first commercially-run flight as their starting point.

Evanston's Chris Kreid is a freshly-minted aeronautical engineer from Purdue, working on propulsion systems at Pratt and Whitney in Georgia. He remembers his first day in class.

"They said look around the room," aspiring astronaut Chris Kreid said. "There's a good chance the first person to walk on Mars is sitting in this classroom."

"It is kind of a shakedown trip a test flight on steroids along with weeks to months on the space station," Barratt said.