Photographer captured life inside Near West Side military school pre-COVID 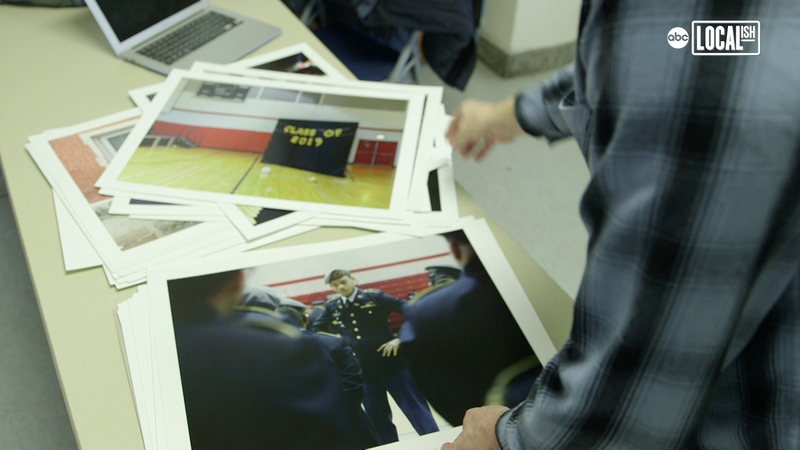 CHICAGO (WLS) -- Chicago photographer Jeff Phillips spent more than a year inside of Phoenix Military Academy before COVID-19 hit, capturing student life and challenging his own misconceptions about military school.

At first, students seemed to turn their backs whenever they saw Phillips taking pictures. He had to take a creative approach to winning over students.

Phillips printed out hundreds of photos he had captured posting them all on a bulletin board by the cafeteria. He placed a sign next to the board that told students to take home any photo they saw themselves in.

The following week, when I came back, I was walking down the halls. And instead of heads turning and people shying away, I was getting things like, Yo, Jeff! Whats up, Phillips said.

Assistant Principal Margaret Anne Mares said that some teachers were initially hesitant about having a photographer roaming the hallways and classrooms. But once Phillips won over the students, she said, he won over the trust of the school.

If the kids embrace you, its all good, Mares said.

As Phillips flipped through prints of selected photos, he stopped on an image of the schools Color Guard waiting behind a curtain before performing at Mayor Lori Lightfoot's inauguration.

If these are the young people who are going to shape our country and our world, Phillips said, then I think were going to be just fine.

The photos are on display in the schools windows, being projected on a massive scale so that passing drivers can see the images. They will be on display from Western Ave. on the Near West Side through the month of March.
Report a correction or typo
Related topics:
educationchicagonear west sidehigh schoolmilitarycpspublic schoolphotographylocalish
Copyright © 2021 WLS-TV. All Rights Reserved.
LOCALISH
Biggest Spider-Man fans in America
Finding a best friend and a forever home for abused animals
Have your waffle and eat your ice cream too at The Wicked Waffle
Figure out whodunit with Clue Live
TOP STORIES
Rod Blagojevich says new lawsuit would open door to run for office
3 hurt in fight over fake Lollapalooza tickets
Fauci warns 'things are going to get worse' with COVID
Lollapalooza wraps up as one of city's largest events since pandemic
44 shot, 4 fatally, in weekend gun violence: Chicago police
Frustration as Biden, Congress allow eviction ban to expire
Senate reveals details of nearly $1T bipartisan infrastructure bill
Show More
Nearly all Chicago-area counties show 'substantial spread' for COVID
Deadly breakthrough COVID cases rare for fully vaccinated: CDC data
Longtime soap opera actor Jay Pickett dies at 60
Chicago Weather: Partly cloudy, few sprinkles Monday
120 laid off by Chicago's Morton Salt company
More TOP STORIES News