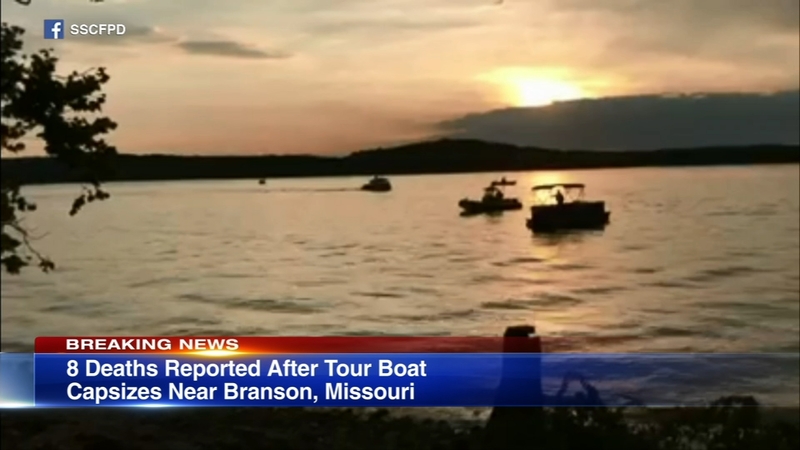 BRANSON, Mo. -- At least eight people died after a tourist boat capsized and sank Thursday night in a Missouri lake, according to the local sheriff.

Stone County Sheriff Doug Rader said seven people were hospitalized and several others remain missing after a Ride the Ducks boat sank on Table Rock Lake in Branson. The exact number of those missing was not immediately available.

A spokeswoman for the Cox Medical Center Branson said four adults and three children arrived at the hospital shortly after the incident. Two adults are in critical condition and the others were treated for minor injuries, Brandei Clifton said.

Rader said the stormy weather was believed to be the cause of the capsizing. The National Weather Service tweeted that wind gusts of 63 mph were reported around 7:30 p.m. at Branson Airport.

He also said an off-duty sheriff's deputy working security for the boat company helped rescue people after the accident.

Multiple dive teams from a number of law enforcement agencies were assisting in the rescue and recovery effort. Rader said crews will stay on the scene all night.