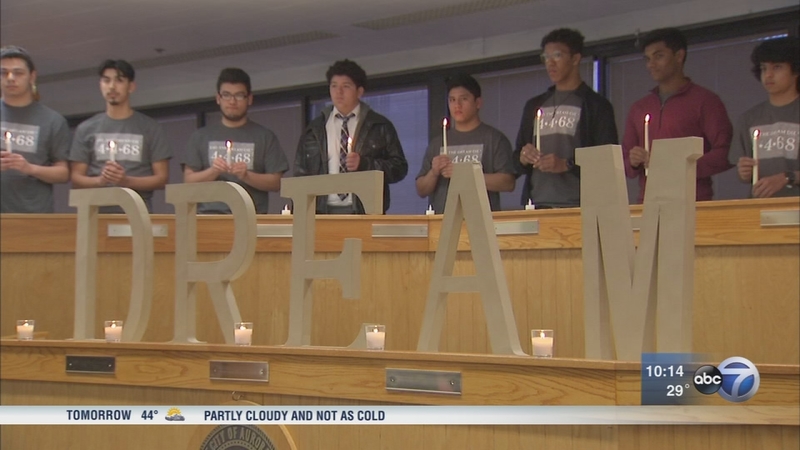 AURORA, Ill. (WLS) -- Justin Evans will go to Morehouse College this fall, the alma mater of Dr. Martin Luther King Jr. He studied Dr. King last summer as part of a select group chosen for a leadership program in Atlanta.

"That kind of opened my eyes up to be like, 'Wow, this is a place I want to attend and be successful like MLK,'" he said.

The Plainfield North High School senior said the civil rights icon has inspired him ever since.

"As long as we continue to use our voice, I believe that we can continue to keep the movement of Dr. King alive," he said.

"These young people of course weren't around when he was here, so it's integral to look 50 years later and see the work that they're doing from academics, to social justice to the ministry," he said. "They're so key to perpetuating the King legacy."

"He is that symbol of hope, and no matter how difficult things get for me, no matter what the color of my skin is, that I can do anything I set my mind to," he said.

The group's meeting concluded with a candlelight tribute to Dr. King, and a reminder that his spirit lives on in them.