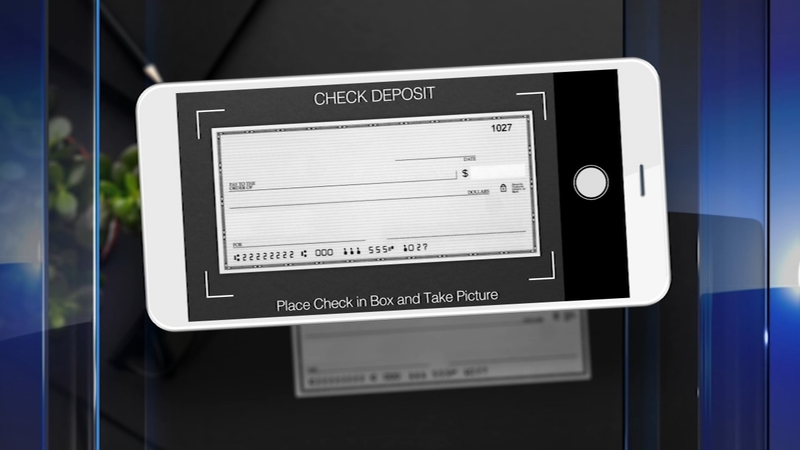 CHICAGO (WLS) -- Mobile bank deposits are quick, convenient and popular, but an ABC7 I-Team investigation uncovered how that technology can be used to rip off people and businesses.

Employee checks from Superdawg Drive-in, a restaurant on Chicago's northwest side, were replicated by fraudsters. They were possibly recreated from a mobile deposit screenshot of legitimate checks.

Governors State University Professor Bill Kresse said this is a new way for scammers to rip off local businesses and even consumers who may be fooled into cashing fake checks.

Kresse said it's harder to detect fraud when only a check image is used for mobile deposits.

"The mobile app doesn't have human eyes looking at it. At least not yet," Kresse said. "They may do that. They may use artificial intelligence to take a part to determine the scam checks from real checks. Many apps, they're not doing that now and so the bad guys are getting away with this fraud."

TIPS FROM AMERICAN BANKERS ASSOCIATION:
- Bank systems prevent the majority of check fraud attempts. In fact, banks stopped about 90% or $17 billion in fraud attempts in 2016, according to a 2017 Deposit Account Fraud Survey Report.

- Customers generally are not liable for checks they did not authorize. It's important to report any suspected fraud immediately. We also recommend using online banking to monitor your bank account and signing up for text or email alerts from your bank for certain types of transactions, such as online purchases or transactions over a certain dollar amount.

- Banks also provide tools for business customers to protect their accounts. One example is "positive pay" where the business verifies checks before they are deposited.

Lisa Drucker, a family member of an ABC 7 employee, said her restaurant, Superdawg, initially lost $4,300 to the check image scam. They filed a police report for deceptive practice and fraud.

"I felt violated," Drucker said. "The bad guys, the crooks had taken our logo image from our payroll series checks, taken the exact check numbers and copied our signatures exactly."

She said fake Superdawg checks were used as fraudulent payments for goods and services to other merchants. Drucker discovered the issue after a photographer called her, questioning the check.

"He said, 'I got a check that says Superdawg on it and I don't think it's yours,' and once again it was not," Drucker told the I-Team.

Thankfully, the bank later refunded Superdawg all of the lost money.

According to the American Bankers Association, customers and businesses are not liable for checks they do not authorize. The association added that banks prevent at least 90% of fraud attempts.