WLS
By Will Jones and ABC 7 Chicago Digital Team 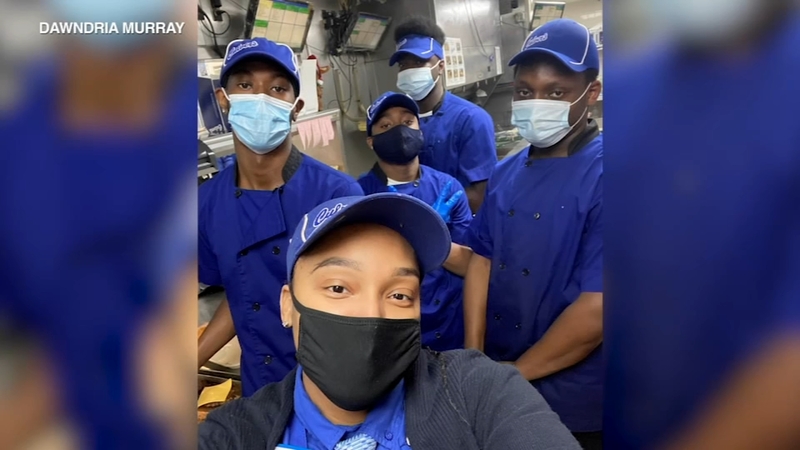 Mother owns Culver's restaurant after 15 years of work in Matteson

Dawndria Murray of Matteson applied to work at a Culver's restaurant to cut down her commute. She finally owns the restaurant after 15 years.

"I was working at the Wendy's in Indiana. The drive was a bit for me, the hours. They were closing at 3 a.m., so I was running past one day and decided to apply one day at Culver's, and I'm here now," Murray said.

Murray started off as an assistant manager at the Culver's in Matteson, but she is now the owner and operator after taking over in January.

"It's indescribable, it's like, to walk up and see my name on the building, to know I am the owner, operator. It is a great feeling," Murray said.

Murray said it was the right situation for her when the opportunity arrived. She said she feels proud of the ownership and responsibilities.

"Unstoppable, but most of all, I'm proud, proud to have the opportunity to break barriers and help to begin the work in my own community and showing women, but especially of color, that they are unstoppable no matter the obstacles," Murray said.

It was not an easy journey for Murray to reach where she is now. She lost her son Travaun Holloway, 16, to gun violence in 2018.

"It's something no parent wants to imagine, but with God, I owe him all the glory. If it wasn't for him, I honestly do not know where I would be today," Murray said.

Murray founded the TreWay Foundation, which provides scholarships for teens. Murray wants to be a role model for her family and community with her foundation and restaurant.

"I want to be an example to just let people know that you can do anything. Just look at my story. However, it doesn't come easy," Murray said.

"It kind of makes me want to do the same thing. Like, I look at myself as one of her kids, so like, I want to do what she does," said Giovanni Williams, employee.

"She always gives me tips and everything, so she is very inspirational," said Kierra Jordan, employee.

Murray described herself as a hands on owner and operator.