Mount Baldy Beach back open for first time since 2013 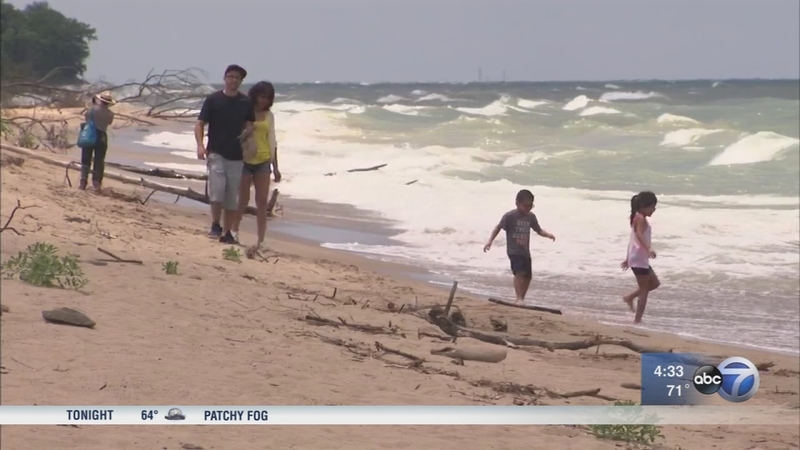 Mount Baldy Beach back open for first time since 2013

MICHIGAN CITY, Ind. (WLS) -- Mount Baldy Beach in Indiana reopened Friday almost four years to the day a 6-year-old boy nearly lost his life at the Indiana Dunes National Lakeshore. He fell into a hole in the dunes and was buried in sand.

Nathan Woessner fell nearly 12 feet below the sand's surface at Mount Baldy. The area used to be completely open to the public. Now you it is fenced off and while the beach is open, the dune area is closed.

Friday morning, the gates were unlocked and a picturesque mile-long stretch of Indiana shoreline was once again filled with people playing in the water and the sand.

"I was actually surprised it was open. It looks like it's doing well and it looks like we have some people coming out, which is a good thing," said beach-goer Tommy Bracken.

Mount Baldy beach has been closed since July 12 2013, the day a 6-year-old boy from Sterling, Illinois nearly lost his life. Nathan Woessner was playing on Mount Baldy, the 126-foot tall sand dune the beach is named after, when he fell into a hole no one knew was there. For more than three hours, rescuers used heavy equipment and their bare hands to get him out.

"At that point we thought he'd died. There was no life being shown at that point. When he was being taken in the ATV down to the ambulance, that's when they first noticed that there were life signs," said Park Ranger and Public Information Officer Bruce Rowe.

Initially in critical condition with sand in his lungs, Nathan made a full recovery in what is now known as the "Miracle at Mount Baldy." ABC7 spoke to Woessner on his first day back in school in August of 2013, and he said his favorite part of going back was, "Getting to play outside."

Park rangers said the area where Nathan fell will not reopen to the public anytime soon. Scientists discovered that trees rotting underneath the sand are creating the holes and there could be many more.

Today, Mount Baldy is no longer bald. Grass has been planted all over the dunes to reinforce the sand and prevent more holes from forming.

Scientists have given the ok for one path along the dunes to be open to the public. But it's only accessible by private, ranger-led tours, so you have to sign up thru the park service website ahead of time.