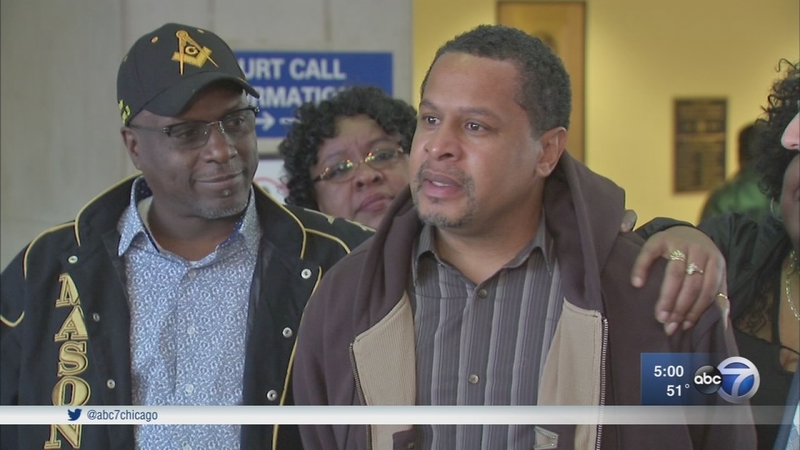 CHICAGO (WLS) -- Charges were dropped Friday against two Chicago men who were released from prison in November after serving more than 20 years.

Nevest Coleman and Derrell Fulton were sentenced to life in prison for the 1994 murder of Antwinica Bridgeman.

A celebration erupted inside the court room when the judge announced the charges were dropped. Relatives of the two men cried knowing they are finally free.

"It's an indescribable feeling," said Fulton. "The sun is shining. It's a beautiful day."

"When he said everything has been dropped, I was pleased," Coleman said.

Prosecutors told the judge they would not retry the case because there was not enough evidence to meet a burden of proof.

But attorneys for both men said the fight is not over.

"It is a terrible injustice that he had to wait 23 years for charges to be finally dismissed," said Attorney Russell Ainsworth, representing Coleman.

"People need to be held accountable for taking 23 years away of someone's life and we will hold those people accountable," said Attorney Kathleen Zellner, Fulton's attorney.

Prosecutors said DNA found on the victim's clothing matched someone's DNA profile in a national database, but even with that and other evidence, they said there is not enough to support prosecution of that person or anyone else.

"All DNA testing in this case has now been completed. Now that DNA testing is complete, and in light of all available evidence, the State's Attorney's Office has concluded that it will not proceed with a retrial of either Mr. Fulton or Mr. Coleman because it would be unable to meet its burden of proof. DNA detected on an article of clothing worn by the victim in this case matched the profile of an individual whose DNA profile was in the national CODIS database. This evidence was considered in the State's Attorney's Office's decision not to retry Mr. Fulton or Mr. Coleman. However, the State's Attorney's Office has concluded that the available evidence, including the DNA evidence, is not sufficient to support a prosecution of any other individual for this crime."

The decision comes amidst a flurry of exonerations. Fifteen men had their drug convictions cleared last month.