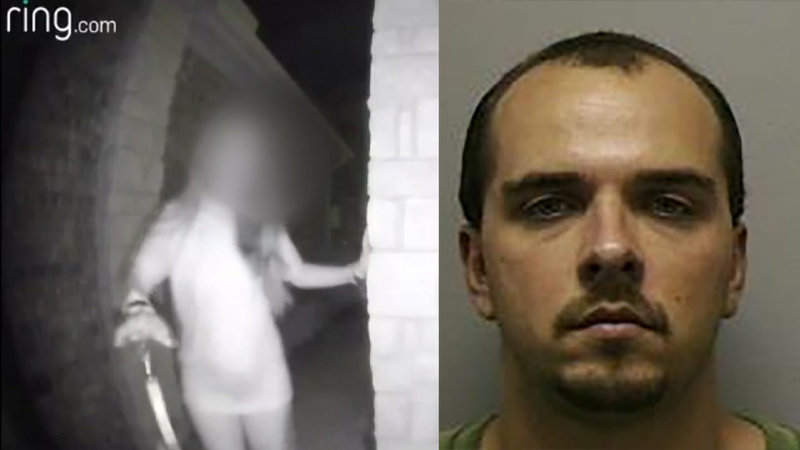 Neighbors in shock after suicide that led to doorbell ringer

This bizarre story is just unraveling, but the Montgomery County Sheriff's Office was able to confirm the woman's safety Wednesday after they were called to a home on Sunrise Pines around 11 a.m.

Montgomery County deputies are investigating a 'suspicious' shooting in the Sunrise Ranch subdivision.

Deputies said a man was threatening to commit suicide. When they arrived, deputies found the body of the woman's 48-year-old boyfriend inside. He died of a self-inflicted gunshot wound.

ABC13's Steve Campion reports from a Montgomery neighborhood where a mystery woman appeared at a front porch in the middle of the night.

The man's 32-year-old girlfriend, described as a white female from Dallas County living in the Montgomery County area, is confirmed by deputies to be the woman captured on a doorbell camera last Friday.

Deputies said the woman's name will not be released because she is a victim of domestic violence.

According to investigators, the woman was able to escape the house last Friday and once again today.

A suicide note was allegedly found inside the home, but deputies have not told us what the note said.

Officers are investigating what they're calling a suspicious shooting incident just houses away from where a mystery woman was ringing doorbells earlier this week.

The Montgomery County Sheriff's Office has blocked off access to the Sunrise Ranch subdivision.

The shooting happened in the 18400 block of Sunrise Pines. No further details on the shooting are available.

@MCTXSheriff is investigating a suspicious shooting incident in the 18400 block of Sunrise Pines (Sunrise Ranch subdivision). PIO is in route. Media staging loc. to follow pic.twitter.com/jaPoYpoZAs