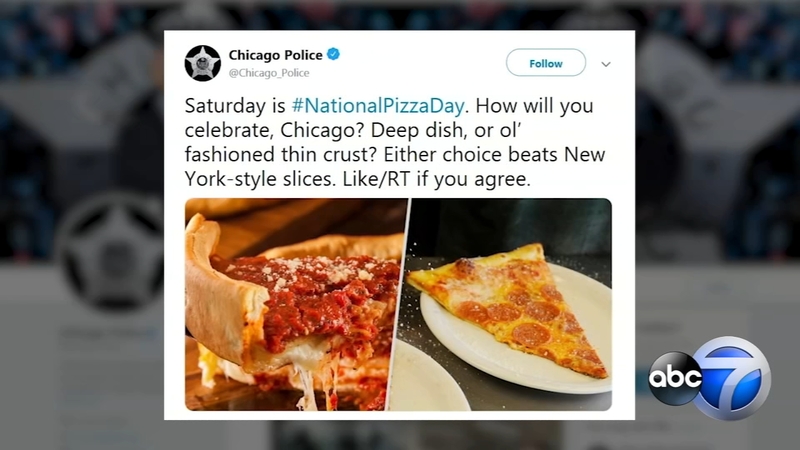 The CPD tweeted out "Saturday is #NationalPizzaDay. How will you celebrate, Chicago? Deep dish, or ol' fashioned thin crust? Either choice beats New York-style slices. Like/RT if you agree."

As expected, after that delectable taunt on Wednesday, the Deep Dish-NY Slice debate began to rage once again.

"We recognize the slice of pizza on the right, but what's the one on the left? Is there pasta in it," replied NYPD's twitter account, referencing a side-by-side photo of Deep Dish (on the left) and a New York slice (on the right).

Some teasing and salivating later, we've got a showdown. The two departments say on Twitter that they'll taste test each other's preferred style and provide documentation.