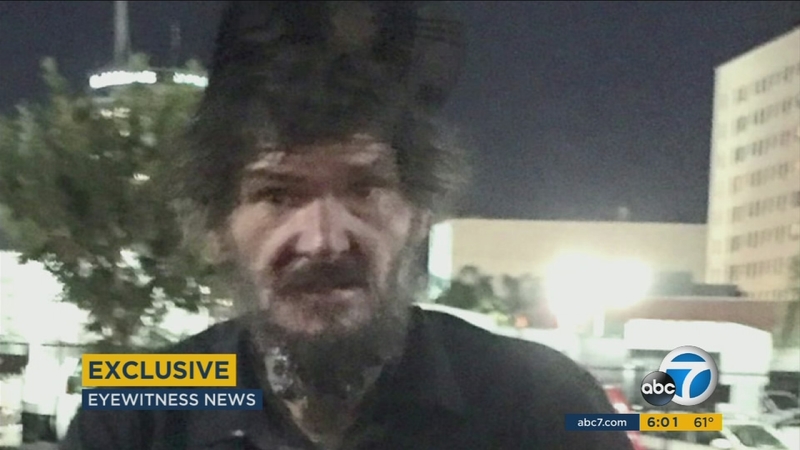 LOS ANGELES -- After ABC7 posted the photo of a homeless man accused of attacking "NCIS" actress Pauley Perrette, one set of eyes nearly 2,300 miles away came to a stunning realization.

David Merck, 45, was arrested by police after Perrette reported she was attacked by a homeless man outside her Hollywood home on Thursday.

Jaimie Merck said the man is her father who she's been searching for since she was a small child.

"Seeing his face after 14 years, it just put me in a state of shock," Jaimie Merck said while Skyping with ABC7 from Westminster, S.C.

Jaimie Merck is certain that David Merck is her father who disappeared from her life when she was just 8-years-old. She said one clue was a dead giveaway.

"The eyes, it's a very distinct thing between my dad and my grandfather," Jaimie Merck explained.

David Merck pleaded not guilty to false imprisonment and making a criminal threat on Sunday.

Police said he repeatedly punched Perrette in the face and threatened to kill her. Perrette made a sketch of her alleged attacker, which led police to right to David Merck.

"I do not remember him being violent," Jaimie Merck said.

But she admitted she was a small child when her father left and remembers him through pictures and happier days of his youth.

"You never know how a person's mind can change after 14 years of being homeless," Jaimie Merck said.

Jaimie Merck said she's tried to reach out to her father and hopes to visit him before his upcoming trial.

But not everyone in her family is onboard with that idea.

"They're worried that his mind might be too far gone, but we still want to try to help him," Jaimie Merck said. "I hope that he does get the help he needs so we can start the process of getting him home."