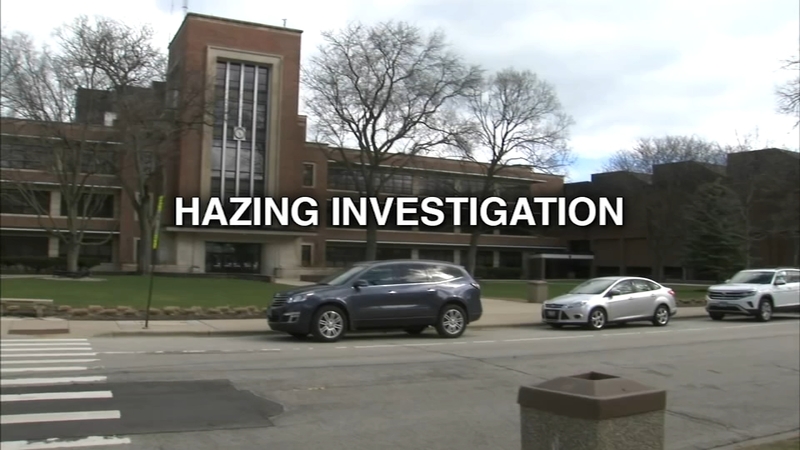 WINNETKA, Ill. (WLS) -- New Trier High School is conducting a hazing investigation involving the boys' varsity lacrosse team after the incident was apparently caught on video at an off-campus party.

As of now, no charges will be filed, according to police. Winnetka Police told ABC7 that the victim's family does not wish to pursue criminal charges at this time.

The Viola brothers were not involved but shared their reactions after seeing the video.

The video shows a boy kneeling on the ground with his head covered. Others boys are seen pouring at least three canned drinks on his head, poking him with a stick and kicking him at least six times.

The district sent an email to families that said those involved faced "significant consequences." It also said the team is on probation for the 2022 and 2023 season, and are barred from out-of-state competitions.

It goes on to read: "The behavior that took place does not represent the values and heart of our school and our community, and the consequences reflect the serious nature of the incident."

The superintendent's email said the investigation has continued all week through Spring Break. When students return to school Monday, some of them want to learn more about the incident.

"It's better to address it than to leave it, like, to be discussed in the shadows," Pedro said.

In the meantime, the brothers said the actions of a few student-athletes should not reflect on the entire student body.

"I hope it doesn't really destroy the school," Pedro said. "The students should be punished, but it's not the school's fault."

"It's definitely not a good thing," Joe added.

Both believe there should be accountability.