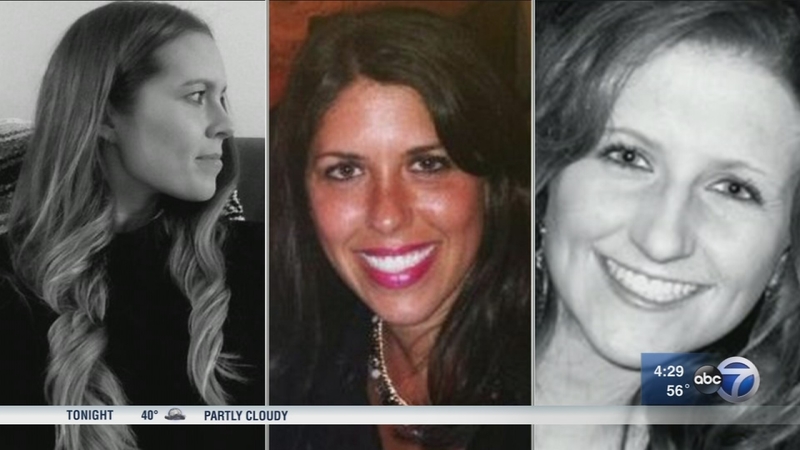 MILWAUKEE (WLS) -- A driver who allegedly ran from the scene of a crash in Milwaukee that killed three Chicago women turned himself in to police Monday.

All three victims were passengers in a 2013 Ford Fusion headed west in the 200-block of West Clybourn Avenue around 2:48 a.m., when police said a southbound 2015 Lexus R350 ran a red light at North 2nd Street and slammed into the Ford.

Two of the victims, identified as 30-year-old Ashley Sawatzke and 32-year-old Amy Taylor, died at the scene. Police said the third victim, identified as 35-year-old Lindsey Cohen, was rushed to a hospital, where she later died.

"I just knew she wasn't from Chicago. I was trying to tell her when it's safe and when it's not," Snead said. "God, that's sad. It's really sad, she was really a nice girl."

The Uber driver, a 41-year-old man, suffered serious injuries but is expected to recover.

Investigators said two men in the Lexus ran from the scene after impact. Police said the 23-year-old driver surrendered himself to authorities Monday afternoon.