Boston Marathon survivor inspiring others after having her leg amputated 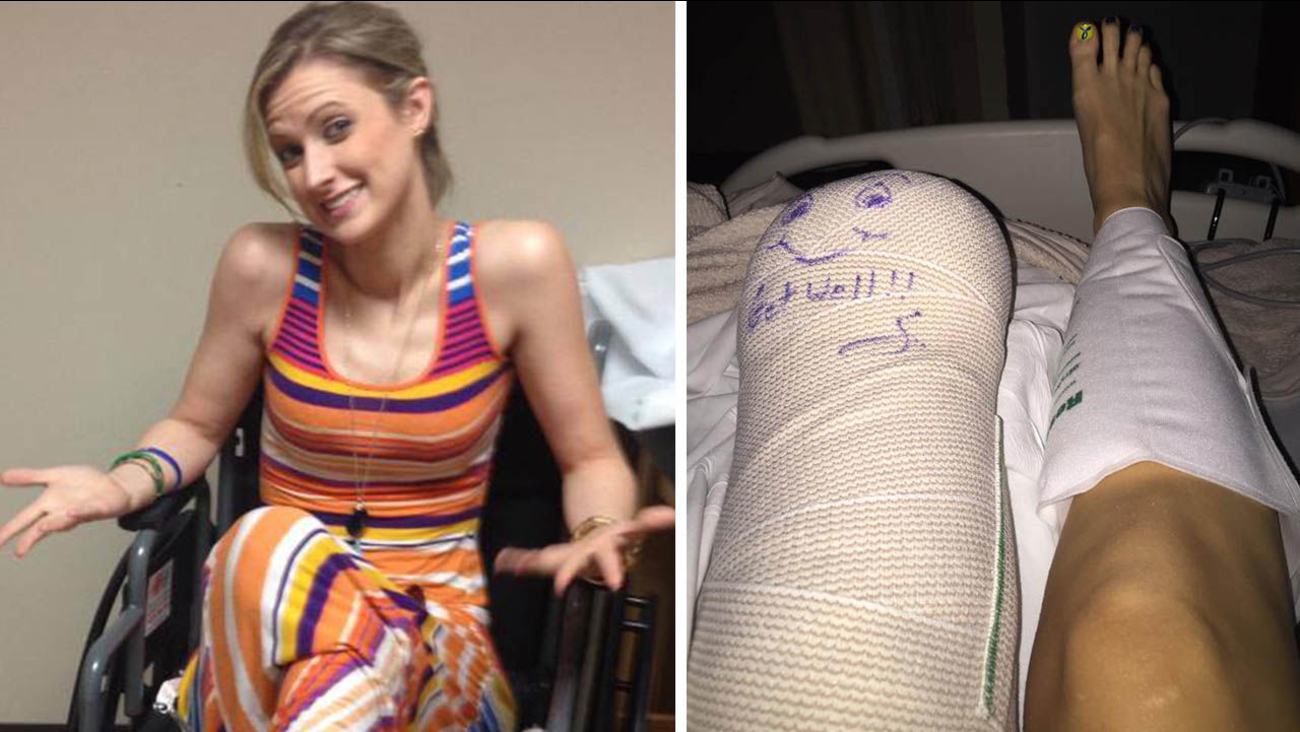 Rebekah DiMartino, the Boston Marathon bombing survivor who opted to have her left leg amputated after 18 months of pain and 17 procedures trying to repair the damage, is now in recovery and says she feels "wonderful."

"Watch out! This is Rebekah unleashed!" laughed DiMartino.

Rebekah's orthopedic surgeon assures that her strong will only be an asset in her recovery.

"Attitude is almost exclusively the most important attribute that a patient can have, Dr. Bill McGarvey explained. "There's no doubt that a positive attitude leads to a positive outcome." 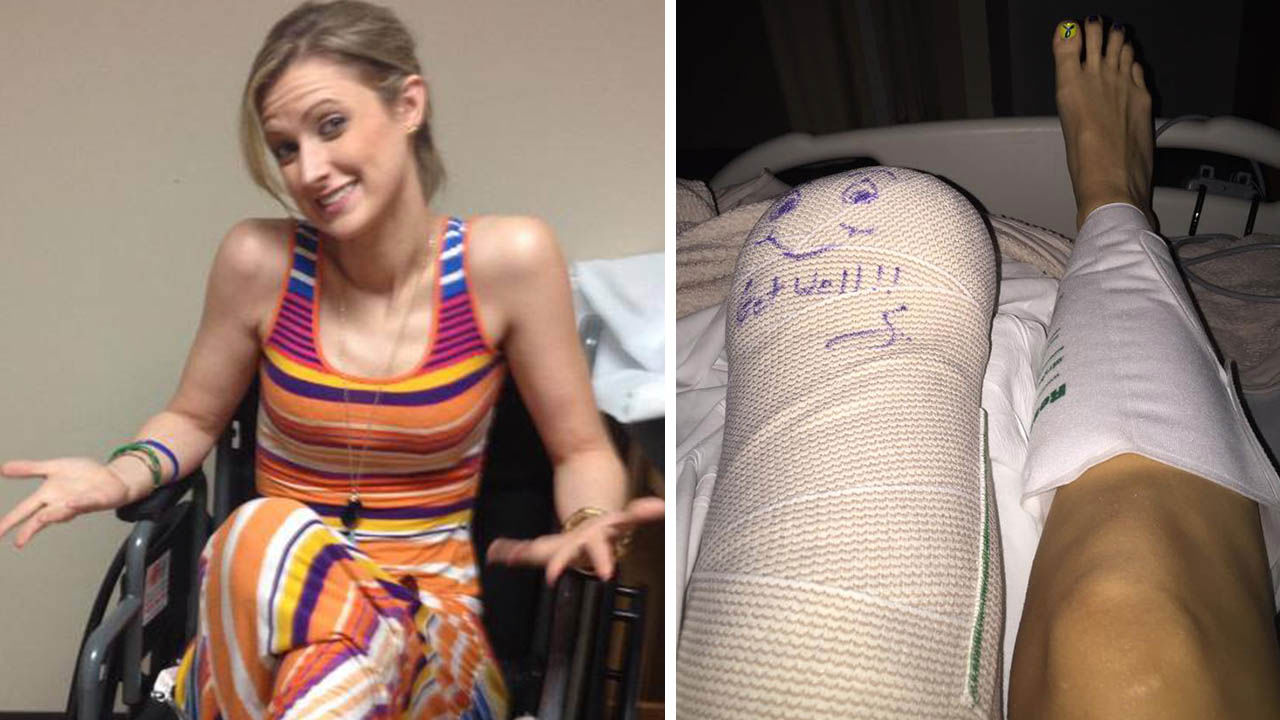 "I'm so happy right now, and there is no part of me that's sad in the least bit," Rebekah told ABC.

The Texas mom was in high spirits and still with her inspiring sense of humor when speaking to ABC, though she said her voice was sore from the intubation tube.

"I feel wonderful now. I thought I'd wake up and freak out that my leg is gone, but every time I look at it, I get more excited about the future. I'm so happy, and there is no part of me that's sad in the least bit."

Rebekah made the decision to have her leg amputated after all attempts at salvaging her leg were unsuccessful at giving her the quality of life she wanted. She had undergone a total of 17 operations, having metal plates, screws and rods installed, but she would still need more operations to save her leg. She would also remain mostly confined to a wheelchair or crutches.

In the end, Rebekah decided amputation was the best option so she may be fitted with a prosthetic leg, saying, "My leg has only held me back."

"Everybody was in agreement that this was the best thing for me," said Rebekah.

Her doctor, however, was saddened by her decision to amputate, though Rebekah remains grateful for his efforts, saying "My doctor is incredible. He has done much work, and put in so many hours and so much stress over my leg."

Following the surgery, Rebekah reports that her physical pain has already greatly diminished, saying "If this is any indication of the future, I am quite excited for it."

On Monday morning, day of the amputation surgery, Rebekah dropped off her son Noah at school before heading to the hospital. Ever since Rebekah was injured in 2013, Noah always shed "crocodile tears" whenever there was any discussion that his mother would lose her leg. But Rebekah says Noah came around to the idea, after being open with him on how her quality of life could be improved with a prosthetic leg, and showing him the new advancements in prosthetic technology. Eventually, Noah's attitude shifted, and Rebekah says he exclaimed, "'I'm gonna have a part robot mom!'"

Just before Noah left his mom for school, he tapped his mother's leg and said, "Adios, leg!"

While Rebekah was undergoing surgeries to save her leg, she started her own Facebook page in hopes to inspire others going through trauma. There, she expresses her extremely positive attitude on life, and often joking about her injuries and lifestyle since the bombing. She says the support she has gained from followers around the world has blown her away.

"I appreciate all the prayers, and the love, and it makes me want to fight harder."

Her positive attitude continues to inspire others, like 10-year-old Braden. He's a leukemia patient who visited Rebekah and had decided to donate his birthday presents to her.

Amanda Murray said, "It's so inspirational for other people that are going to have tough times like this, not just tough times, but this is life changing."

Though one time her humor did backfire, she admits. In one status update, Rebekah wrote an elaborate breakup letter, that was not revealed to be about her leg until the very end. According to Rebekah, some readers only read the first half and called her to ask if she was ending her marriage with husband Pete DiMartino.

Rebekah laughed, and followed up the status by posting a photo of her leg with the words, "It's not you it's me" to clarify to readers that were only skimming. 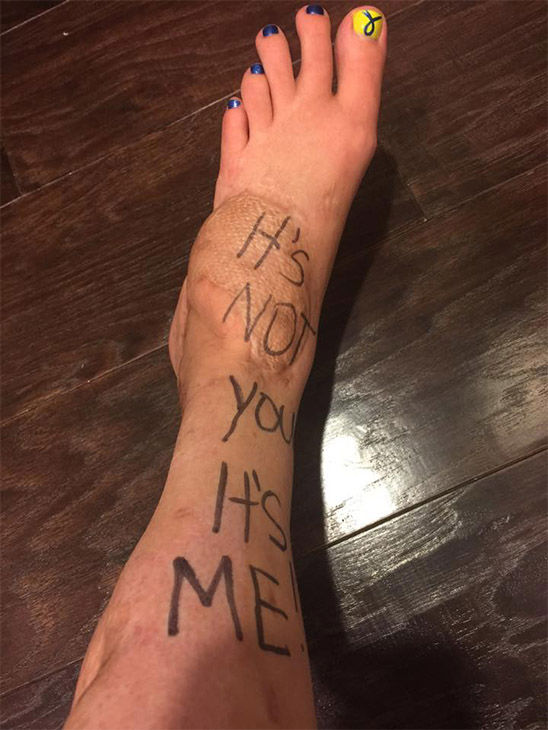 After 17 procedures to save her left foot, Boston Marathon survivor Rebekah Gregory has opted to have it amputated, saying that it will be a "new beginning."

"I try to incorporate humor. I feel so very blessed to be here, and it's just a leg. It's never been more than that."

Throughout her journey to repair the damage done to her leg, Rebekah spoke with family, friends and other Boston Marathon survivors on whether or not to continue trying to save her leg. Rebekah says that her fellow survivors have become like a family, and she's witnessed them able to move on with their lives following amputation.

The recovery process begins immediately, and Rebekah will not be fitted for a prosthetic for at least three more months, but says "As soon as it heals enough to put something on it, I will put something on it." She went on to state that the first thing she wants to do when she gets her new prosthetic leg is to jump on the trampoline again with her son.

"This whole experience has made me a better person. You can't go through the Marathon bombing and not be changed. I have such a different outlook on each day. I hug my son a little tighter. I love my husband a little more," said Rebekah.

"In no way am I sad. I am so energized to move forward. My leg has only held me back." 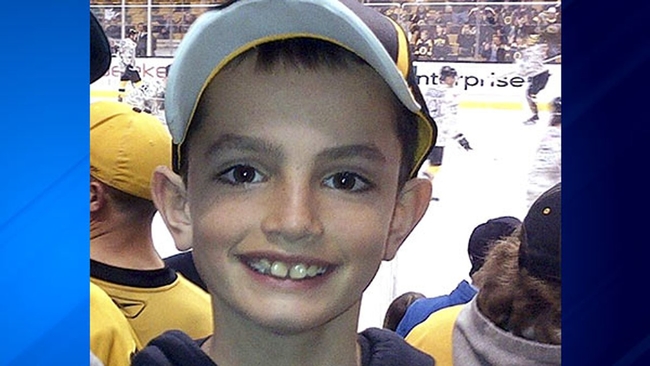 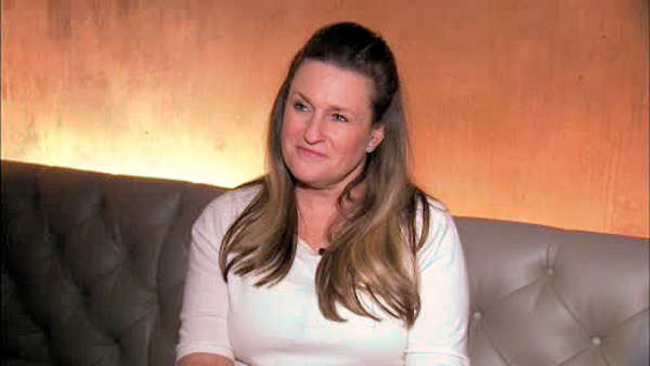 Boston survivor preps for iconic race, marriage to man who saved her 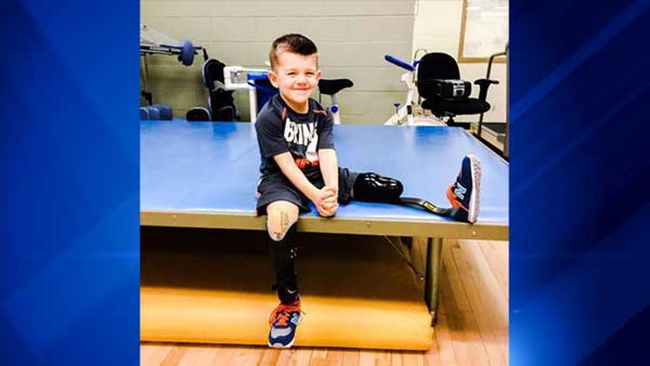