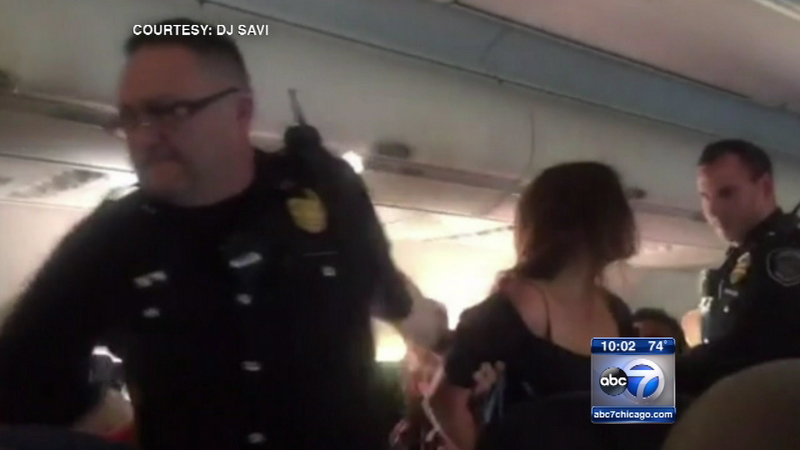 INDIANAPOLIS (WLS) -- American Airlines Flight 1284 from Miami to Chicago was diverted to Indianapolis Monday afternoon because of an unruly passenger on board. The female passenger was arrested and charged with battery with injury, battery without injury, battery of a public safety officer, criminal recklessness, disorderly conduct and disruption the operation of an aircraft.

An Indianapolis Airport Authority spokesman said the woman became unruly on the flight near the Indiana/Kentucky border so the decision was made to divert the flight.

"She was trying to talk the girl down," Saviano said. "She seemed really calm. She was talking about her boyfriend. And then, all of a sudden, she grabbed [the flight attendant] by the face, kissed her and then punched her in the face."

Darnell Wilson of Chicago said he and three other passengers helped.

"She was on the ground," Wilson said. "She wouldn't stand up. She kept hollering that she was going to mess herself, like she was cursing people out. It was really absurd."

The airport spokesman said the passenger was removed from the aircraft and taken into custody by airport police. She was then picked up by the Marion County Sheriff's Office and taken to Marion County Jail.