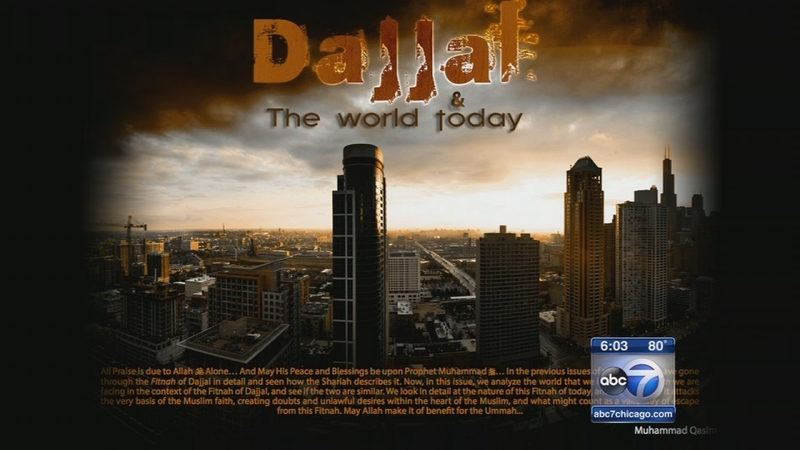 CHICAGO (WLS) -- As U.S. airstrikes are underway, the ABC7 I-Team looked into the militant army that has taken over Iraq known as "ISIS," which stands for the Islamic State in Iraq and Syria, and found a chilling connection to Chicago.

ISIS fighters in Iraq are 6,400 miles from Chicago, but the I-Team has found that a new recruitment tool aimed at prospective ISIS jihadists features the Chicago skyline. This picture of Chicago comes as ISIS already is suspected of having dozens of Americans in combat roles in Iraq and Syria and the group's leaders are pledging to expand their offensive to American and European targets.

"While you know your brothers are on the front lines facing the bullets and bombs while you are sitting in comfort while you're sleeping and going shopping, they are giving the blood," said an ISIS fighter in a recruitment video.

This man identifies himself as American in one video. The producer of ISIS videos also distributes a magazine named Azan, a call to jihad. It is similar to an al Qaeda magazine published in the years after 9/11.

As the I-Team was working through pages of Azan's latest summer issue, we found a photo of the Chicago skyline, looking west across Michigan Avenue and the South Loop.

It sets up an article about judgment day: "Muslims under attack... and stated that attacking us interests has worked and needs to continue for the foreseeable future... a ruling to kill the Americans and their allies-civilians and military - is an individual duty for every Muslim who can do it in any country... a man with a rocket propelled grenade, fulfilling the duty of jihad and responding to the call of the lord."

"The concern is, when the war is over, or even before, if they come back home with their American or European passports, do they then form the nucleus of homegrown terrorist cells?" said Tom Mockaitis, DePaul University terror expert.

American intelligence identifies Abu Bakr al-Baghdadi as the leader of Isis. He has been known to U.S. authorities for a decade, and was even in custody for a short time.

"Terrorism from now on is only a matter of time, terrorism is peaks and troughs, I'm afraid, given the circumstances we may be moving into yet another peak period," said Mockaitis.

Although no homeland security alerts have been issued for possible ISIS attacks here, some U.S. officials are expressing concern. Virginia Congressman Frank Wolf said Friday that with 115 Americans currently fighting with ISIS, the terror group he warns "has the potential" to attack the United States. 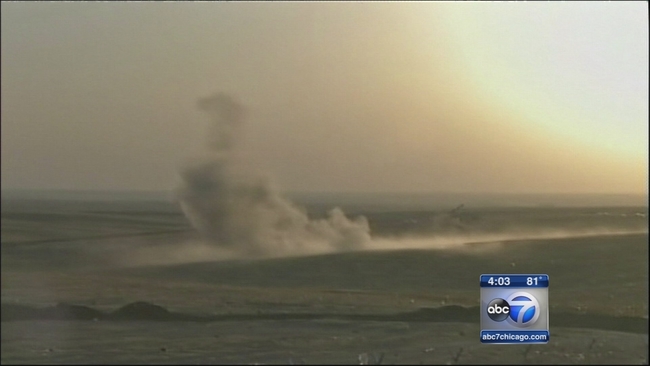