How Russia Sanctions May Put Trump in a Bind: Experts 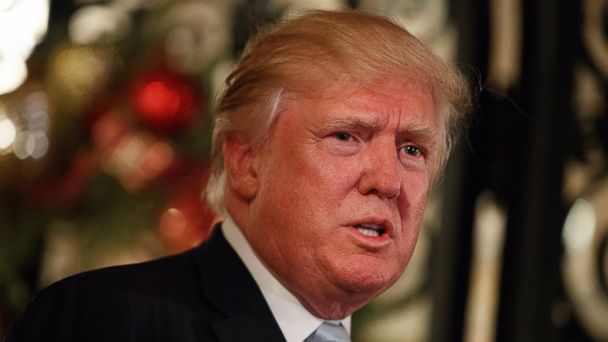 The latest round of sanctions issued by the Obama administration against Russia may present a politically sticky situation for President-elect Donald Trump, who has both praised Russian President Vladimir Putin and said it was important for the U.S. to have a better relationship with the country.

Trump, who called for Russian hackers to find Hillary Clinton's deleted emails during the election, may be inclined to use the powers of the executive office to revoke the newly imposed measures, but it may cause issues within his own party.

Republican Sens. Lindsey Graham and John McCain released a statement after the news of the sanctions saying that today's actions are "long overdue" and just a "small price to pay," noting that they will lead the charge in Congress for even stronger sanctions.

For its part, the White House agrees.

"Hypothetically, you could reverse those sanctions, but it wouldn't make a lot of sense," a senior administration official said in a call to reporters after the sanctions were announced.

And the president's senior adviser for homeland security, Lisa Monaco, told MSNBC that it didn't consult the Trump team ahead of time, although they were notified.

"What there was was notification today to the senior member of the president-elect's team. But no, no consultation in advance," she said.

Steve Sestanovich, a senior fellow for Russian and Eurasian studies at the Council on Foreign Relations, said that the today's announcement appears to have considered the predicament Trump would be placed in.

"I don't think there's any doubt that the outgoing Administration aims to put pressure on the incoming one," Sestanovich told ABC News.

"If the intelligence community is ordered to stand down by President Trump, they'll have to go to Congress and tell the handful of senior Congressional leaders cleared for this information that they've been told to go easy on the Russians. The Congressional leadership will then be in a position to push back against the Administration," he said.

John Herbst, the former U.S. Ambassador to Uzbekistan who is currently director of the Atlantic Council's Dinu Patriciu Eurasia Center, said that "by putting down these sanctions, Obama has created a dilemma for Trump on several levels.

"If Trump wanted to make a gesture to Putin, it makes it more difficult ... it's one more thing he has to get rid of," Herbst told ABC News.

Herbst also said that the move presents a "political problem for [Trump] because Republican hawks understand the danger of Putin's aggression."

"He'll have a fight with the Republicans in Congress and he'll also be once again disrespecting our own intelligence agencies," Herbst said.

Eugene Rumer, the director of the Russia and Eurasia program at the Carnegie Endowment for International Peace, agreed that the prospect of insulting and ignoring the intelligence community should be a factor in any decision Trump makes.

"It's another thing to actually walk back sanctions imposed by your predecessor in the face of what the U.S. intelligence community maintains is clear or overwhelming evidence -- that the break into the DNC computer systems, the hacking of Mr. Podesta's email system -- was done by Russian hackers," Rumer said.

"Politically it would be a very challenging thing to do and essentially would position Mr. Trump in the same camp so to speak as Russian intelligence services and the Kremlin."

The Trump team did not immediately comment about the sanctions, but on Wednesday night, he suggested that "we ought to get on with our lives."

"I think that computers have complicated lives very greatly," he added. "The whole age of computer has made it where nobody knows exactly what is going on. "We have speed, we have a lot of other things, but I'm not sure we have the kind the security we need."

And today, before the announcement of the sanctions, Trump spokesman and pick for press secretary, Sean Spicer said: "if the United States has clear proof of anybody interfering with our election, we should make that known and we should put it out there."
Related topics:
abc newsnational
Copyright © 2021 ABC News Internet Ventures.
More Videos
From CNN Newsource affiliates
TOP STORIES