WLS
CHICAGO (WLS) -- "We are going to find you. We have the full weight of the CPD behind us," CPD spokesman Anthony Guglielmi said of the investigation into the death of a toddler whose body parts were found in the Garfield Park lagoon.

As city crews drained water from the Garfield Park lagoon, Chicago police officers hit the streets in the Garfield Park neighborhood Wednesday. They're looking for anyone who may be able to help identify the child, a 2 to 4 year old African American.
The toddler had brown eyes and short, curly black hair. His or her ears were not pierced.

Authorities believe the child's body was in the lagoon for one to two weeks. A forensics artist is working on a sketch of what the child may have looked like, officials said, and DNA tests and fingerprinting are under way.

The child's foot surfaced Saturday, leading divers to search the lagoon where a head, second foot and hands were found over the weekend. All were crudely dismembered and placed in separate plastic bags with weights, officials said.

The next step: draining the lagoon, a process that could take 2 to 5 days.

Chicago Water Management crews began the draining process by damming up part of the lagoon on Tuesday. Water is being pumped into the sewers on Hamlin Boulevard, which is closed between Lake Street and Washington Boulevard. Four pumps are going at a rate of 350 gallons a minute.

"When they tell us we're done, we're done," a water department worker said.

"We're not stopping. We're not ending," Chicago Police Deputy Chief Steve Georgas said. "We're doing what we can for this child, to bring resolution to this incident."

Officials are searching the Garfield Park lagoon for more remains and other evidence.

"Once we have completed the search of the lagoon, we will be able to put together the pieces of the puzzle," Chicago Police Chief John Escalante said. "Our goal is to identify this poor child, identify the parents, and figure out why this child was dismembered and left in the lagoon. We will follow every lead wherever it takes us."

Anyone who knows anything about the case or knows of a missing toddler should call police at (312) 744-8261.

Police said there doesn't seem to be a link to any children who were reported missing from the Chicago area. Authorities are also working with experts from the National Center for Missing and Exploited Children.

"In 24 years in this department, I can tell you this is one of the most challenging crimes I've been part of, and many of the men and women behind me, as well. There's no words that can describe what's going on out there," Deputy Chief Georgas said. 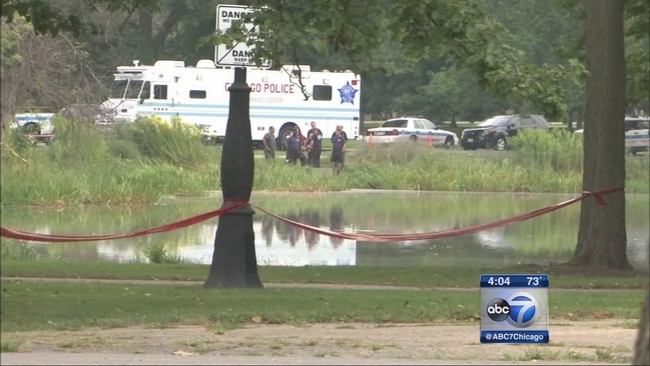 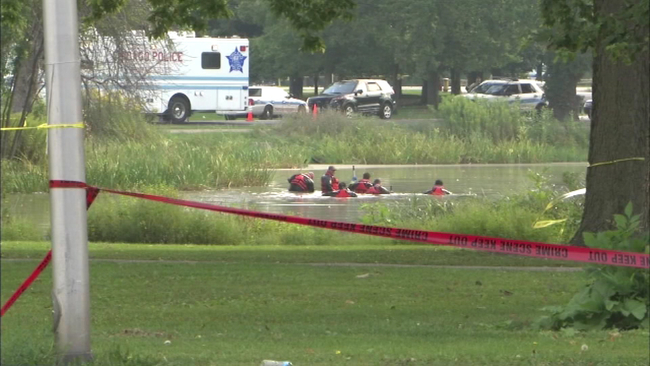