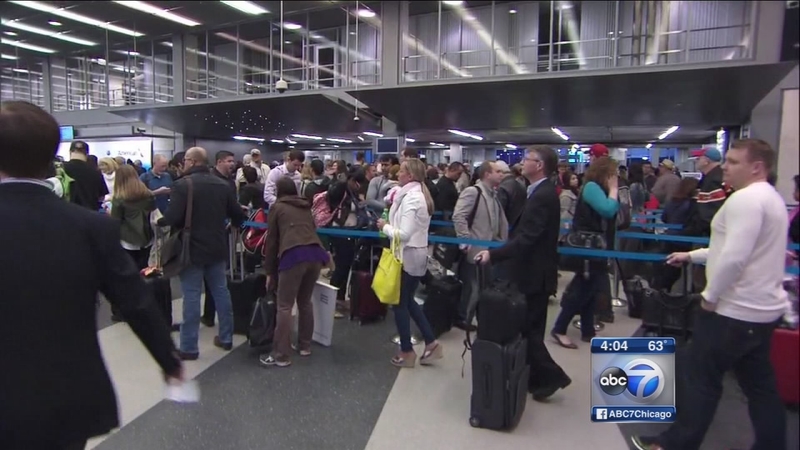 Kosmoski said despite the long wait, airport personnel did a great job moving people whose flights were scheduled to depart earlier than others to the front of the line.

After gaining national attention for major travel delays at O'Hare and Midway International Airport, the TSA announced Tuesday that it's making some changes.

TSA officials said 58 more screeners are coming to Chicago in the next few weeks, with 250 more by mid-August. Another 100 TSA screeners will shift from part-time to full-time hours.

TSA Administrator Peter Neffenger apologized Tuesday to those who were stranded at O'Hare because of long lines on Sunday night.

"We had a significant challenge in Chicago yesterday. I don't know what that was. We're fixing that. That's maddening and frustrating and predictable and could've been dealt with months ago," Neffenger said.

For weeks, security lines at both of Chicago's airports have seesawed from smooth-sailing to two-hour ordeals. A viral video from Midway showed a line that stretched out of the terminal last week.

The TSA urges passengers to use its "pre-check" program. It costs $85 to join. It takes at least several weeks to get a traveler ID number.

Passengers can also use the TSA's app to check on wait times before they leave for the airport. But travelers should still arrive several hours ahead of time just to be safe.