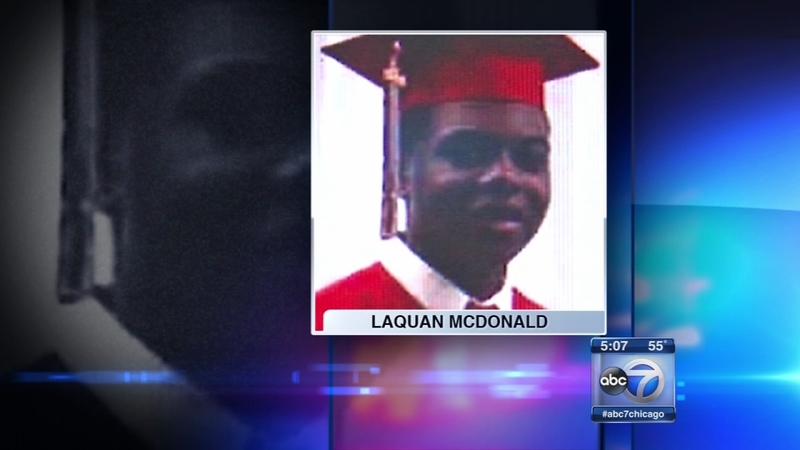 Video of teen killed by Chicago police could be released

CHICAGO (WLS) -- A judge is expected to decide Thursday if dashcam video of a teenager being shot and killed by a Chicago police officer will be released to the public.

Laquan McDonald, 17, was shot 16 times last October. His family reached a settlement with the city that includes an agreement that the video not be released.

The officer involved in that shooting has been on desk duty for more than a year while the feds determine whether to indict him. The large settlement amounts to an admission of guilt by the city. Those who have seen the video say it is explosive and could prompt violent demonstrations.

Last October, McDonald was surrounded by police officers on South Pulaski. The African-American teen was carrying a three-inch knife and he allegedly ignored officers' orders to stop.

But witnesses reportedly say he never threatened the officers or even turned in their direction before a white police officer shot him. The officer fired at least 16 times, hitting McDonald in the back, and continuing to fire while he lay dying on the street.

It was all captured on video from a police dashboard camera, and freelance journalist Brandon Smith has filed a lawsuit to have that video released.

"People have said that Laquan McDonald had his back turned to all the officers, he was trying to get away. Which contradicts the original police narrative that he was lunging at them," Smith said.

Jeff Neslund represents Laquan McDonald's family. They have already received a $5.5 million settlement from the city, but they have not seen the video and don't want it released to the public.

"Laquan's mom doesn't want to see the execution of her son over and over on YouTube," Neslund said.

But Attorney General Lisa Madigan's office issued an opinion that the video should be released. The opinion says, in part, all public records in the possession of a public body are presumed to be open to inspection or copying. The family's settlement prohibits them from showing the video, but their attorney says the video is powerful.

"It's graphic, it's disturbing, and it will have an impact on anyone who sees it," Neslund said.

The judge is set to release his decision Thursday afternoon. If he rules the video should be released, the city could appeal. That would likely keep it from being released for the time being.