WLS
CHICAGO (WLS) -- Thousands of dollars in merchandise is now missing after a minivan crashed into Cisco Nyc clothing store during an alleged robbery in the city's West Garfield Park neighborhood, police said.

Police responded to a burglary alarm at the store around 4:15 a.m. Wednesday near the intersection of Madison Street and Pulaski Road, finding a vehicle in the building.

The driver crashed through a metal security door and into the store's glass doors, police said. Surveillance video shows several people came out of the minivan, and several others came in from getaway cars waiting outside. In all, 20 people ran into the store twice, grabbing thousands of dollars in merchandise in two and a half minutes, police said. It is not yet known if the minivan was stolen. 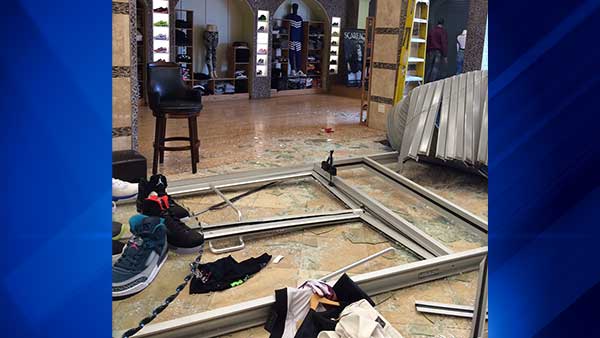 PHOTOS: Van carrying at least 15 smashes into West Side store
A car crashed into a clothing store near the intersection of Madison Street and Pulaski Road on Chicago's West Side Wednesday morning.

A worker said the alleged thieves were after one thing in particular: a designer brand of jeans called Robin's Jean. They range from $200-$700 a pair. Managers said at least 200 pairs were stolen.

The manager says they've been robbed before, but usually thieves tried to break in through the back; they have never experienced a robbery quite like this.

"The offenders want to get in and out and quickly as they can to maximize their take of crime and minimize the arrest," said Sgt. Matthew Little, Chicago police.

There has been a rash of smash and grab by car burglaries at high-end stores in the Chicago area this month. Last week, an Oak Street store was burglarized, and cars drove through Louis Vuitton stores in Northbrook and Oakbrook. A Ferragamo store in Aurora was also hit.

"We don't know at this time if this is related to others, but we are in constant contact with investigators cases to help each other solve crimes," Little said.

Shoppers said they knew it was only a matter of time before this high-end store became a target.

"How do you steal through a steel door? I guess they had a plan," said Dorothy Yarbrough.

"I saw it happening downtown, but this is crazy, the whole van going into store," said Rosalind Gentry. "They could have lost their lives trying to get clothes." 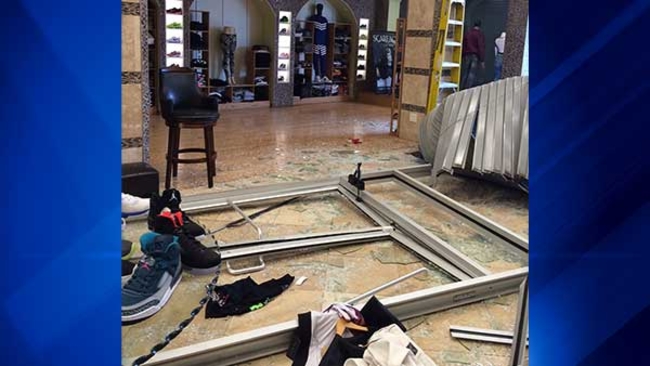 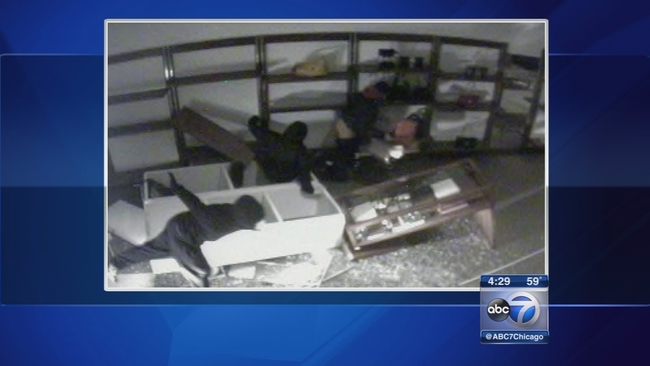