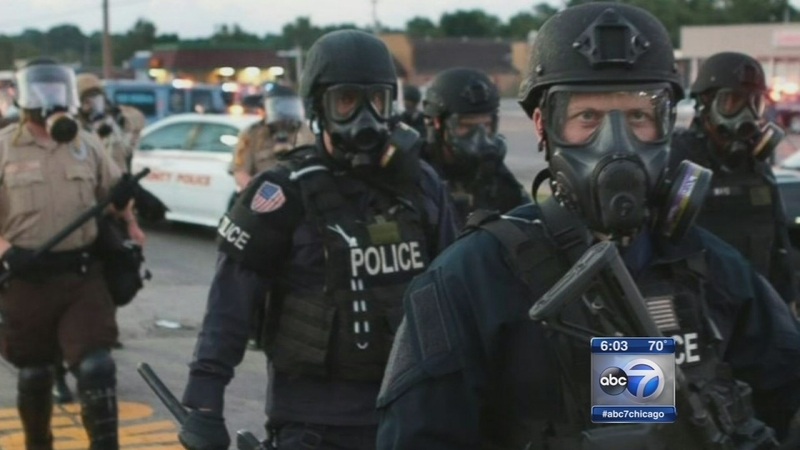 CHICAGO (WLS) -- The ABC7 I-Team is uncovering thousands of pieces of military equipment meant for the battlefield that are instead now in the hands of local police forces statewide.

From high powered military grade rifles to combat helicopters, law enforcement agencies statewide are cashing in on a federal program that provides battle-ready equipment to agencies in your backyard. For the past two decades, Illinois officials have used the Federal Law Enforcement Support Office or LESO 1033 program to outfit law enforcement departments with the latest in military grade equipment and technology. Distribution of weapons as part of the program has come under new scrutiny after the widespread utilization of military grade equipment this week to counter protests in Ferguson, Missouri after a police officer shot and killed teenager Michael Brown there this past weekend. 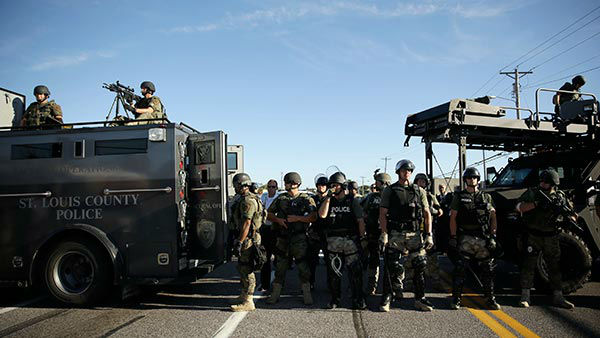 As the I-Team first reported in 2013, the LESO 1033 program has given away at least $2.6 billion dollars in surplus military equipment nationwide, with at least $37 million ending up here in Illinois.

Now, the I-Team has uncovered a county by county breakdown of exactly what military equipment is here in Illinois. Federal officials refused to release what specific department possesses the equipment, citing homeland security concerns. But, a federal spreadsheet obtained by the I-Team following our initial reporting does detail the kinds of equipment local departments have received as of May 2013.

Weapons distributed are counted separately in federal LESO 1033 program inventories provided to the I-Team. Cook County leads the state with 1,336 weapons assigned to county law enforcement agencies. Downstate Sangamon county has 794 weapons assigned to agencies headquartered there. Interestingly, Knox County, the leader in equipment statewide, only has 15 weapons assigned to their countywide agencies.

"You can't arm police departments with military-grade equipment and expect them not to behave like an occupying force," says local watchdog Rey Lopez-Calderon with Common Cause Illinois. He continues, "the Ferguson madness can happen anywhere in the USA including Illinois."

The widespread equipment distribution across the Chicago area includes a Humvee, now deployed at the catholic Benedictine University in Lisle, and the Brookfield Zoo's arsenal of automatic combat rifles.

I-Team Exclusive Investigation: A Humvee -- For A School? 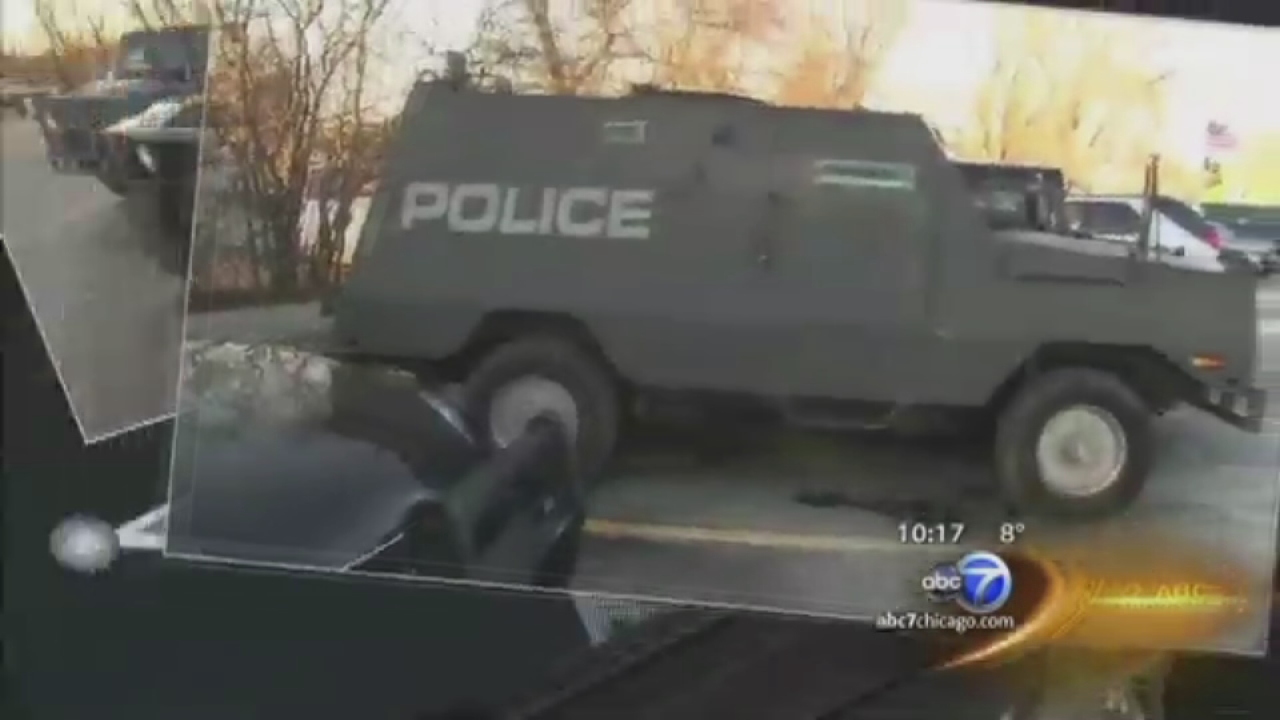 A Humvee for a school?
Billions of your tax dollars have been spent on excess stuff the U.S. military has to give away.

"Short of a weapon of mass destruction, you can get any kind of military gear that's out there," the university's police chief Michael Salatino told us in 2013. "We chose firearms and a vehicle."

Two M-16 rifles and a humvee were given to Benedictine by the Defense Department as military surplus. Campus police transformed the humvee to a mobile command center to protect a 6500 student campus.

Tiny Winthrop Harbor in Lake County has a fleet of military issued-helicopters, at least seven have been issued to Lake County law enforcement according to federal records obtained by the I-Team.

In far north suburban Round Lake Park, the police department is fully outfitted by the LESO program equipment, from a Hummer used for patrols and SWAT deployments to an armored vehicle, a snowmobile, a segway and an ATV.

The department's 17 officers each have a military patrol rifle but they also have this battering ram.

"Somebody is not responding to the door, maybe an elderly person or somebody disabled, we may need to make entry into their home," Round Lake Park Police Department Chief Dan Burch told the I-Team last year.

The Round Lake Park Police also have special forces night vision devices, an expensive digital evidence camera, a brand new Apple computer, two flat-screen televisions and even the carpet tiles on the floor came from the program.

"It very well could be a million dollars," Burch said. "It's a lot of money that the taxpayers of Round Lake Park did not have, would not and could not have been able to spend."

Other recipients of the weaponry include the Brookfield Zoo which obtained M-16 and M-14 combat rifles from the Pentagon. A Brookfield spokesperson would not say how many guns they got but said zoo police are thankful that they are better able to protect the public, the animals and save money.

"Small-town police departments in Illinois have been loading up on these surplus military-grade weapons for some time now. The question isn't whether this could happen in Illinois, but rather when it will happen," says Rey Lopez-Calderon, Common Cause Illinois.