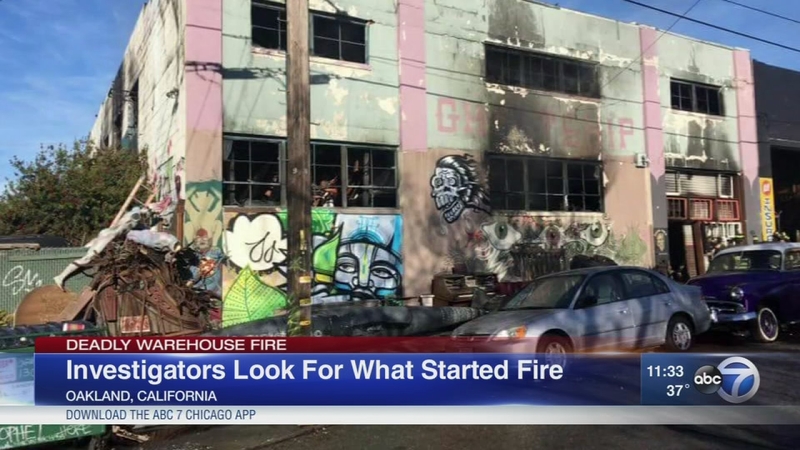 OAKLAND, Calif. -- The Bureau of Alcohol, Tobacco, Firearms and Explosives says it is looking at the possibility that a refrigerator or other appliance was the source of a warehouse fire that killed 36 people in Oakland, Calif.

Jill Snyder, the special agent in charge of the ATF's San Francisco office, said it's too early to say for sure a refrigerator caused the blaze, but she said it was a potential source of ignition. Snyder said investigators are looking at anything electrical on the first floor of the warehouse near where the fire started.

Crews have searched 90 percent of the building for bodies. Sheriff's officials said they don't think additional bodies will be found.

Fire officials started knocking down parts of the building that they said were structurally unsound. They said the debris will fall on areas that have already been searched for bodies.

Authorities have taken family members of victims of the Oakland warehouse fire to the scene of the blaze. A handful of family members gathered Tuesday around a tent in front of the warehouse.

They cried and hugged. One woman with flowers was escorted by a deputy to a nearby memorial site.

As crews searched the Oakland warehouse for more bodies, the founder of the arts collective stood near the gutted building Tuesday morning and said he was "incredibly sorry" and that everything he did was to bring people together.
Founder Derick Ion Almena told the "Today Show" on Tuesday that he was at the site to put his face and his body in front of the scene. However, he deflected blame for the blaze. Almena said he signed a lease for the building that "was to city standards supposedly."

"I'm only here to say one thing that I'm incredibly sorry and that everything that I did was to make this a stronger and more beautiful community and to bring people together," he said.

Almena and his partner, Micah Allison, ran the building's arts colony, called the Satya Yuga collective. Relatives, friends and former colleagues said Almena loved to surround himself with followers, but he seemed to care little for their well-being.
PHOTOS: A LOOK INSIDE THE GHOST SHIP ARTIST WAREHOUSE BEFORE THE FIRE 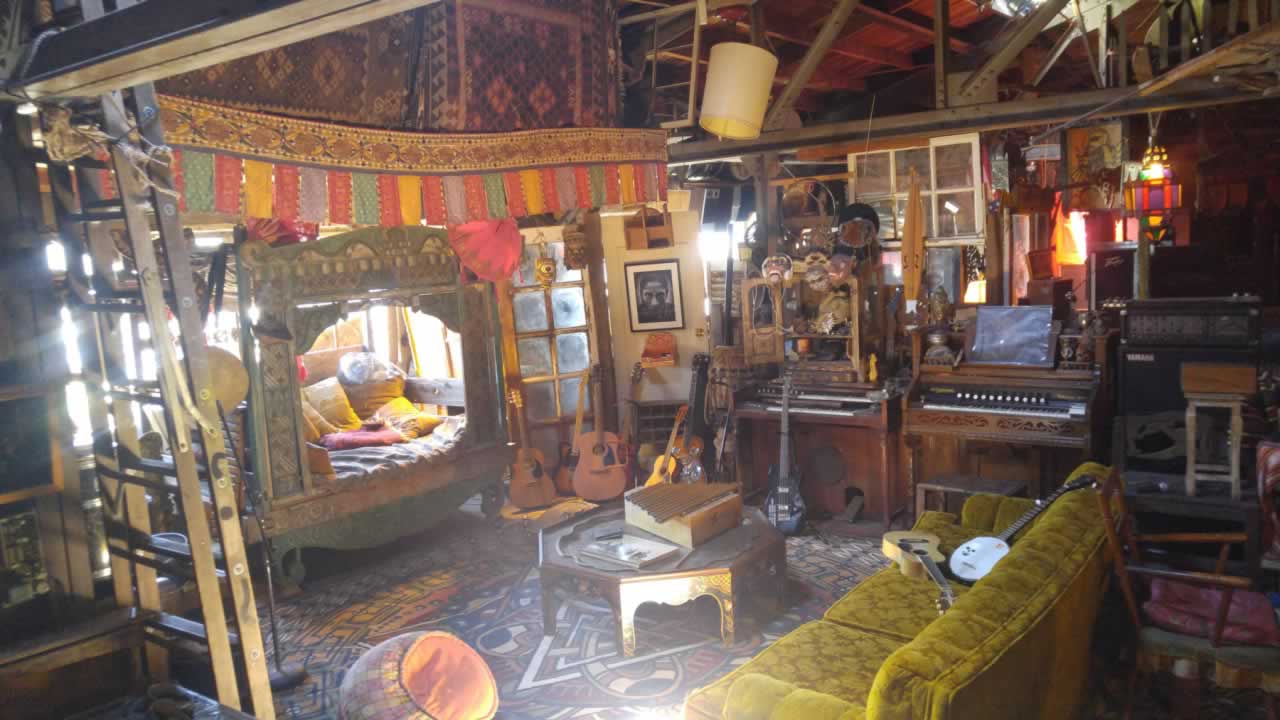 Almena told the "Today Show" that he and his family lived in the warehouse.

He told San Jose television station KNTV that he didn't attend the event Friday night and that he and his wife had decided to stay at a hotel because he was exhausted.

The cluttered warehouse had been converted to artists' studios and illegal living spaces, and former denizens said it was a death trap of piled wood, furniture, snaking electrical cords and only two exits.

Oakland city councilman Noel Gallo, who lives a block from the warehouse, said he confronted Almena several times about neighbors' concerns about trash in the street and in front of the warehouse. Gallo said Almena essentially told authorities to "mind their own business" and appeared resistant to addressing complaints and complying with city codes.

The warehouse is owned by Chor N. Ng, her daughter Eva Ng told the Los Angeles Times. She said the warehouse was leased as studio space for an art collective and was not being used as a dwelling.

"We are also trying to figure out what's going on like everybody else," the family wrote in a statement to KNTV. "Our condolences go out to the families and friends of those injured and those who lost their lives."

Eva Ng did not immediately return phone calls from The Associated Press.

Gallo said Chor N. Ng put Almena in charge of cleaning up the Ghost Ship, and nothing was done.

But questions persisted about whether city officials could have done more to prevent the fire. Oakland planning officials opened an investigation last month after complaints about the warehouse. An inspector who went to the premises couldn't get inside, said Darin Ranelletti of the Oakland Planning Department.

Oakland Mayor Libby Schaaf said city officials are putting together a record of what they knew about the property.

Oakland Fire Battalion Chief Melinda Drayton told the San Francisco Chronicle that investigators believe the fire started in the center-rear of the converted warehouse. The cause of the fire remains unknown.