Luck of the Irish: Woman hopes to claim world record after finding hundreds of four-leaf clovers 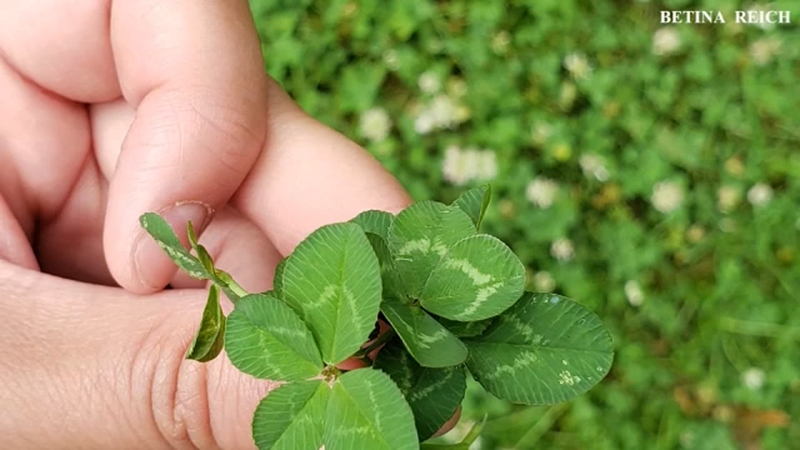 LA CROSSE-EAU CLAIRE, Wis. -- A Wisconsin woman sure has some luck, after finding hundreds of four-leaf clovers!

Her collection is so big, she said she's going for a world record.

Hard to find, but lucky to have.

"As soon as you see it, you'll know," said clover collector, Betina Reich.

Reich has been finding four-leaf clovers since she was 10, WEAU reported.

"I didn't even know what it was," she said. "I just thought it was weird looking because it wasn't a three-leaf clover, and I plucked it and my friend was like me 'Oh, that's a four-leaf clover, you're so lucky.'"

Still today, she continues to find them.

"Or, I should say, they find me, if anything," Reich said.

However, it wasn't until COVID hit that she found the extra time to hone her skills.

"Every day we'd go out, we'd go for walks to keep busy and active," Reich said.

It started small, by trying to find one four-leaf clover for 10 consecutive days.

But it didn't stop there.

She knew she could press her luck.

Before she knew it, she'd spent 258 days plucking and preserving her finds, documenting every step of the way on social media.

Now, she's applying to put her collection in the hands of Guinness World Records.

"I was one of those kids who would always hurry up and get to the library to check out the newest Guinness book, and the thought of my kids checking it out and me being in there just makes me happy," Reich said.

"This is the one percent," she jokingly added.