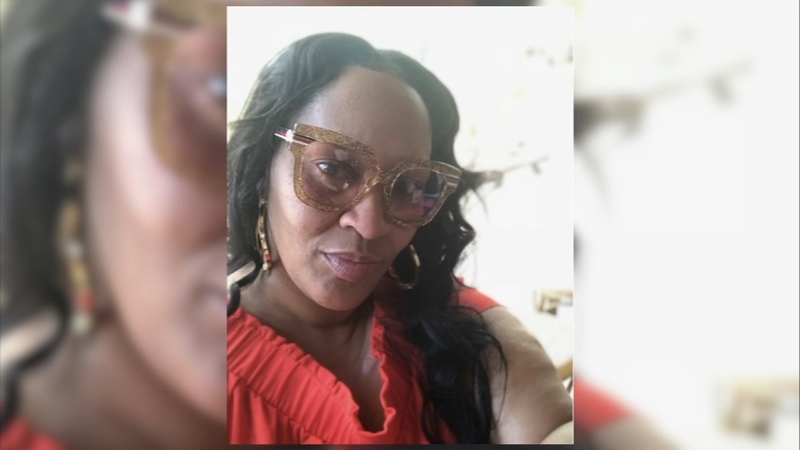 Officials said Deptford Township police officers were dispatched to the Marshalls at 1800 Clements Bridge Road near the Deptford Mall around 3:40 p.m. Saturday for a reported shoplifting in progress.

The prosecutor's office said prior to their arrival, police were alerted that one of the alleged suspects was wanted in connection with a prior homicide.

When they arrived at the scene, police said they encountered three people who had left the store with a "substantial amount of unpaid merchandise."

According to reports, one of the suspects, identified as Raoul Gadson of Philadelphia, was fighting with loss prevention agents from the store.

Investigators said when officers arrived, Gadson ran while the two women he was with got into a rented Nissan Armada.

Officers who were outside of their cars in the parking lot commanded the driver of the Armada to stop, but instead police said the female driver accelerated toward them.

Authorities said the open driver-side door struck one officer as the driver was racing toward another sergeant.

The sergeant fired three shots at the driver, identified as LaShanda Anderson, 36, of Philadelphia, striking her twice. One of the shots struck Anderson in the chest.

Anderson was pronounced dead at the scene.

Officers arrested the passenger, Chanel Barnes, 27, of Philadelphia. Barnes was charged with shoplifting.

Barnes is currently in the Salem County Correctional Facility pending a detention hearing.

The sergeant was taken to an area hospital where he was treated and released. Officials said he will be placed on administrative leave pending an investigation of the incident. There were no reported injuries to the other officer.

Gadson remains at large; he has been charged with second-degree robbery and assault charges.

The incident is under investigation by the Gloucester County Prosecutor's Office as per directives established by the Attorney General's Office.

Prosecutor Charles Fiore said his office will conduct a "comprehensive and objective investigation" into the shooting.

Anyone with information about this incident is asked to contact GCPO Det. Anthony Garbarino at 856-466-6192 or The Gloucester County Prosecutor's Office at 856-384-5500.