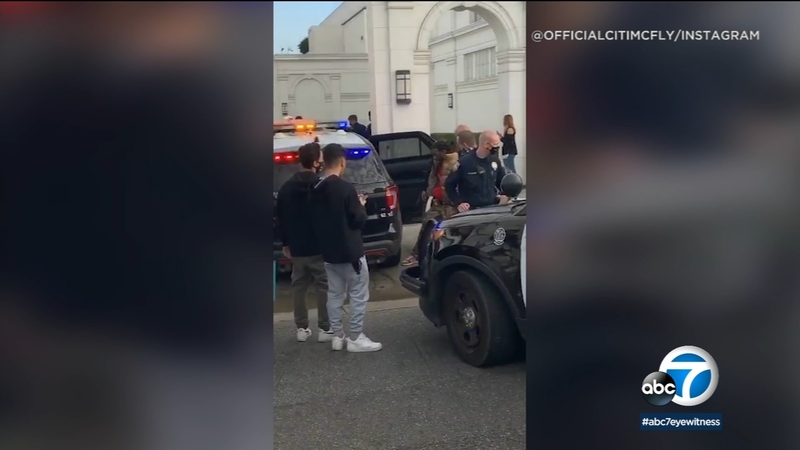 Rapper Offset detained in Beverly Hills while on Instagram Live

BEVERLY HILLS, California -- The rapper Offset was briefly detained and later released Saturday in California following an interaction with police that was broadcasted live on Instagram, authorities confirmed.

The Migos rapper and husband to Cardi B, was recording himself live from inside a car as officers approached the vehicle and asked him to remove his hands from the steering wheel.

Roughly 30,000 watched the broadcast as the situation unfolded, but the video has since been removed from his Instagram account.

"We were told that you guys were waving guns at people," one officer is heard saying.

"You just watched somebody beat my car up with a flag. What are you talking about?," the rapper responds.

Another officer eventually reached into the car and opened the door.

Officers responded after a report of a person who pointed a weapon at a passerby from inside a car, according to the Beverly Hills Police Department.

That passerby provided the license plate number for the car, which was found in the area. They stopped the vehicle and questioned those inside, which included Offset, who was briefly detained but not arrested.

The rapper was detained near a demonstration of Trump supporters but police did not say whether the two incidents were related.