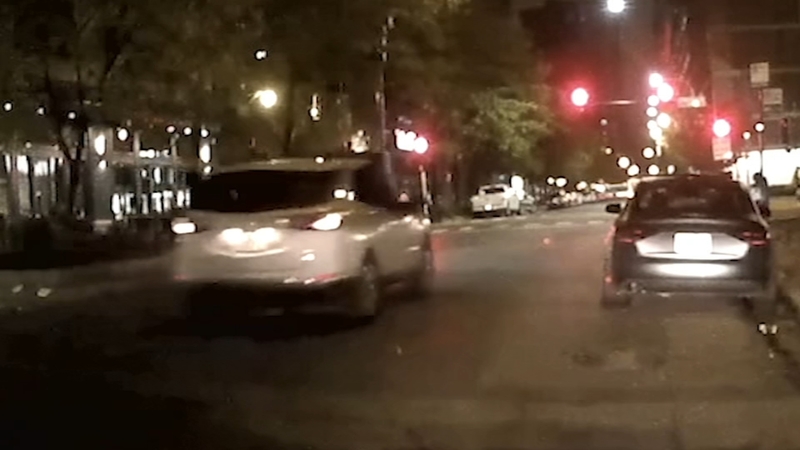 CHICAGO (WLS) -- Several paintball attacks have been reported in Logan Square and Streeterville, one of which was caught on camera early Tuesday morning.

It happened without warning, the victim said. The sound of paintballs hitting the car and the image of the shooter hanging out the window are still shocking to him.

"Initially when the pellets hit my car, and I heard it, and I kind of felt the vibration, I didn't even know what happened," said Arman, who did not want to share his last name. "It didn't even come to my mind that it could have been somebody shooting my car."

Arman said he was sitting in his car on Ontario near McClurg at the time of the attack. The paintballs hit the rear and side of his car, cracking a taillight cover and almost coming through his driver-side window.

"They were definitely aiming toward me," he said.

Arman is not the only victim in the area. Around the corner, minutes earlier, another man was hit in the face by a paintball.

"They clearly are looking to start trouble with people," Arman said. "They're not scared of the consequences."