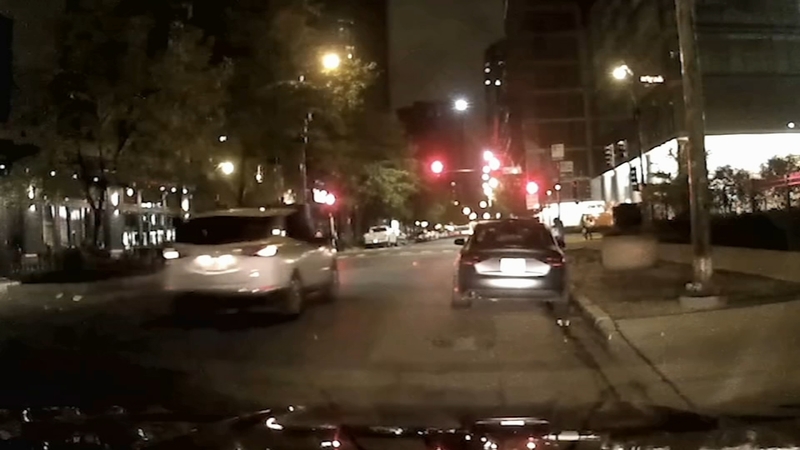 CHICAGO (WLS) -- Chicago police are searching for the suspects who allegedly shot a man with a paintball gun in Streeterville.

Several other paintball attacks were reported this week; the most recent incident was caught on camera early Tuesday morning.

It happened without warning, the victim said. Arman said he was sitting in his car on Ontario near McClurg at the time of the attack. The paintballs hit the rear and side of his car, cracking a taillight cover and almost coming through his driver-side window.

ABC7 Eyewitness News spoke with the Logan Square victim on the phone Thursday. She said she was nearly blinded by the paintball pellet and is still recovering from the attack.

Police said three similar attacks happened on the Illinois Institute of Technology campus on Tuesday and Wednesday, but have not said if those incidents are related.