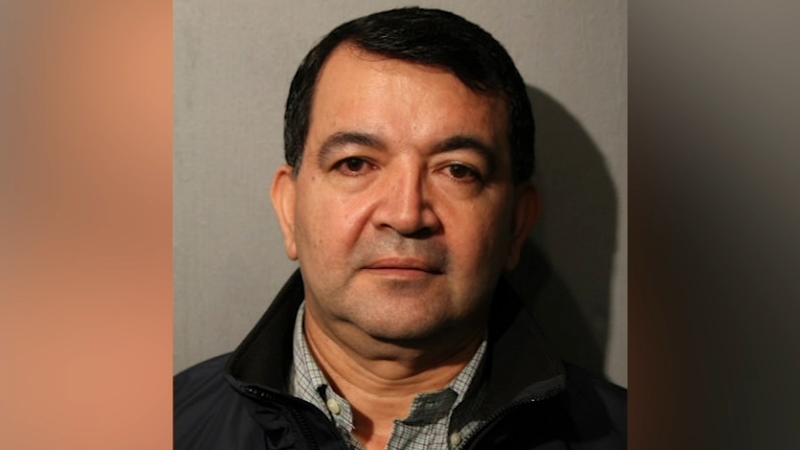 CHICAGO (WLS) -- A pastor who has been assigned to at least three churches in Chicago is accused of sexually abusing two women and attacking a teen girl, police said Friday.

Rigoberto Gamez, 52, was charged with two felony counts of criminal sexual abuse involving force and misdemeanor battery in connection with attacks on a 18-year-old woman, a 27-year-old woman and a 17-year-old girl, police said.

The attacks began in November 2016. Prosecutors said Gamez fondled a 27-year-old office manager after a luncheon in the church rectory.

Officials said Gamez began abusing an 18-year-old female parishioner who volunteered in the church office in October 2017. The alleged abuse didn't stop until the victim's parents confronted Gamez in December 2017.

Gamez allegedly admitted to the accusations after that confrontation.

Officials said he allegedly targeted his youngest victim as she walked to class.

Gamez came to live at St. Aloysius Church in the city's Wicker Park neighborhood in July, while doing work for the Archdiocese of Chicago. He occasionally filled in for some masses, but was not a leader of the parish.

The church bulletin said Gamez was appointed pastor of Our Lady of Tepeyac Church in Chicago's Little Village neighborhood in 2009.

Prior to his arrival at Our Lady of Tepeyac, Gamez served as the associate vicar for canonical affairs for the Catholic Archdiocese of Chicago in 2005. Gamez was appointed to a different position in the archdiocese that involved giving spiritual guidance to 80 parishes in 2007.

He was appointed as associate pastor of Providence of God Parish in the city's Pilsen neighborhood in 2015.

Gamez is currently listed on the archdiocese's website as the associate vicar of Canonical Affairs and the liaison for Hispanic charismatic renewal for Cardinal Blase Cupich.

In a statement issued Friday, the Chicago Archdiocese said Gamez's faculties to minister have been withdrawn and they will provide additional training on sexual assault to priests and parish employees.

ABC7 Eyewitness News has reached out to the Chicago Archdiocese and Gamez's previous churches for comment. They have not yet given a response.