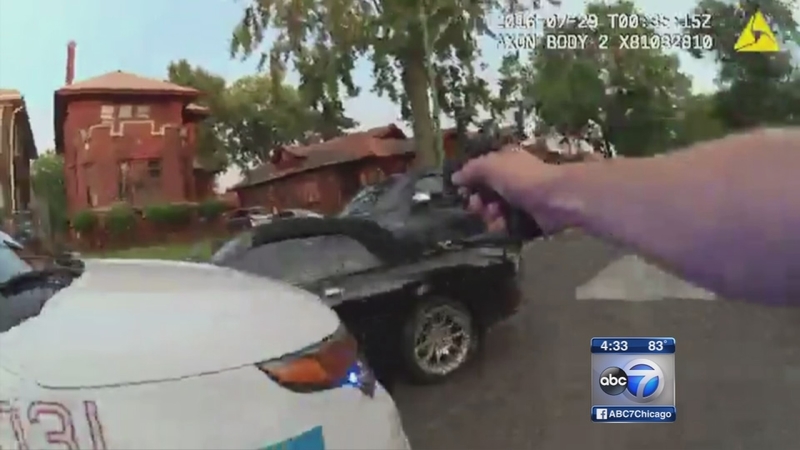 CHICAGO (WLS) -- As the investigation into the dead police shooting of Paul O'Neal continues, there are calls to file criminal charges against the officers involved. But legal experts say the criminal case based on the videos is complicated.

After the release of dash cam and body camera video the O'Neal family's attorney called the shooting "cold-blooded murder." But Harold Krent, dean of the Kent College of Law at the Illinois Institute of Technology said it's not so straightforward.

"Based on the video itself, it's going to be very difficult to pin any murder charges against those officers for a number of reasons," Krent said.

After viewing several video clips, Krent said if criminal charges are filed at all, they will most likely be against the first set of officers for unlawful use of force. Those officers are accused of violating police policy when they opened fire on the fleeing stolen car driven by O'Neal.

"There is no reason that we can tell why the initial officers fired at the fleeing car," Krent said. "There was no kind of imminent threat to them or anyone else."

Krent said the second set of officers could make the argument that they were threatened when they heard gunshots and O'Neal's car hit them head on.

"The second set of officers may not have understood the situation. Shots were being fired near them; they may have concluded the offender fired shots at them," said Krent.

O'Neal was shot in the back and was not armed. Krent says legally officers can shoot someone in the back if they believe the suspects poses an imminent threat or danger to others.

Mayor Rahm Emanuel says the investigation must conclude before jumping to conclusions.

"I'm reserving judgement while it's in the middle of the investigation, because there are a lot of questions. And I want to echo what the superintendent says: at this time, there are more questions than answers," Emaneul said Monday.

Besides the videotapes, investigators are relying on interviews, forensics, the angles from which the shots were fired and several other factors while considering charges. The investigation will also include why the body camera of the officer who fired the fatal shots was off and turned back on after the fatal shooting. Whether or not that action was intentional could also affect criminal charges.
Related topics:
police involved shootingpaul o'nealchicago police department
Copyright © 2022 WLS-TV. All Rights Reserved.
PAUL O'NEAL
IPRA report advises firing of 2 CPD officers involved in 2016 shooting
Autopsy: Chicago teen died from 1 shot by police to back
Police reports from Paul O'Neal shooting released
CPD warns of threat against officers by West Side gangs
TOP STORIES
Man critically injured in CTA Blue Line train stabbing: CPD
Gov. Pritzker outlines grocery, gas tax relief
Car crashes into home after fleeing attempted traffic stop: CPD
Spike in mass-overdoses, teen deaths due to fentanyl, DEA says
Texas woman accused in cyclist death arrested in Costa Rica
2 charged in Boston bar murder of Chicago area Marine arraigned
Cruise ship hits iceberg in Alaska, returns to Seattle for repairs
Show More
Would you come out as gay if you might lose your job?
Woman, 86, recognized as longest-serving flight attendant
Congresswoman Kelly at center of Democratic Party power struggle
Barrington teens create youth summer basketball league
Understanding NFTs and how to avoid scams before you invest
More TOP STORIES News