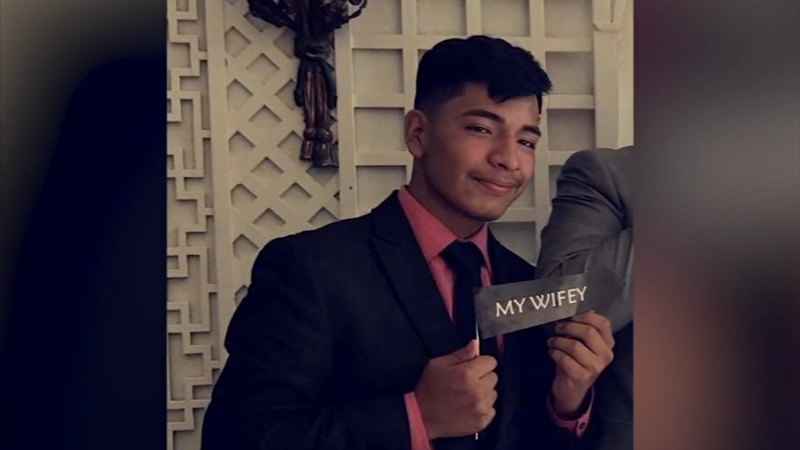 CHICAGO (WLS) -- A pedestrian who was killed in an alleged hit-and-run crash on Lake Shore Drive near Buckingham Fountain Tuesday night has been identified.

The incident occurred in the 500-block of South Lake Shore Drive at about 8:47 p.m. Police said a male pedestrian was hit and killed by a car traveling northbound and the car continued driving north.

The victim has been identified by the medical examiner as Anthony Alexander Tlahuel, 18, of Broadview.

Tlahuel was transported to Northwestern Memorial Hospital, where he later died, police said.

Now his family mourns the loss of a young man they describe as simply kind.

"Tony was just amazing," said Adiel Daman, uncle, through tears. "He was... he was a kid that, he was just always happy."

Tlahuel was meeting siblings last night to enjoy the warm weather at Buckingham Fountain when he was struck and killed. His family is baffled by why the driver didn't stop.

"Why did you run? Why didn't you stop and help?" asked Janett Vazquez, aunt. "That could've made a huge difference."

Police found a black Range Rover parked on Lower Michigan Avenue not long after the hit and run. They are calling that car a "vehicle of interest." Police have not confirmed if it was stolen and then abandoned.

"I want to think even if you're a person that steals a car, steals anything, that you would have to have a heart and stop when you hit a human, another person," Vasquez said.

Relatives said Tlahuel was a gifted musician who sang in church and was finishing up summer classes at Proviso East High School.

He had dreams of becoming a pilot.

"A loss which we are grieving on, and believe me it's painful," Daman said.