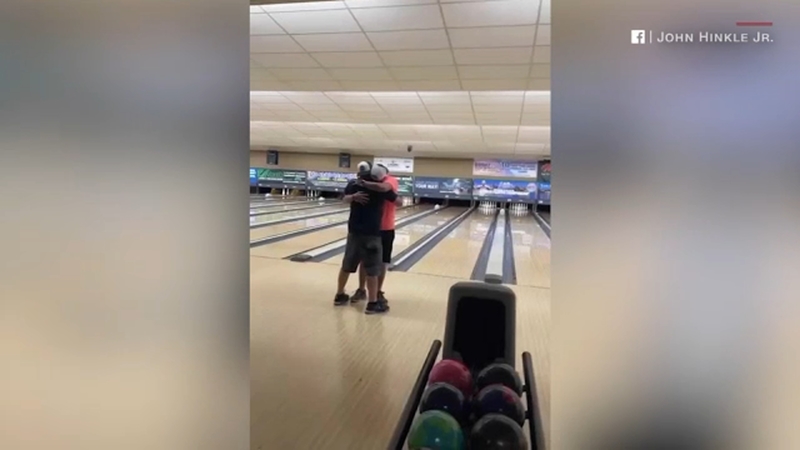 PEORIA, Ill. (WLS) -- A man in Peoria and his twin brother found a very unique way to honor their late father.

John Hinkle Jr. rolled the perfect game using a ball that was filled with his dad's ashes.

The brothers have been bowling since they were four years old, adding that their dad always supported them.

Their parents were bowlers and Hinkle said the brothers almost gave up the sport after their dad died in 2016.

After Hinkle had a friend seal his dad's ashes into the ball, the brothers decided the best way to honor their father was a trip down memory lane.

The points started rolling in, culminating with a perfect 300 and an emotional embrace.

They later posted on Facebook that they'd never had a perfect game until now.

Hinkle said he'll retire it after the Tournament of Champions, which was the last such matchup he played with his father.