Alligator found in Lake Michigan named after man who found him

WLS
WAUKEGAN, Ill. (WLS) -- An alligator found by a kayaker swimming in Lake Michigan near Waukegan has a name: David.

David the Alligator has been named after David Castaneda, who was kayaking and fishing in the lake Monday when he spotted the gator about four feet from his kayak. The animal had blue tape around its snout, he said.

David was taken to the Lake Forest Wildlife Discovery Center, where workers are nursing him back to health. Doctor said his health is improving, but he's been put on antibiotics and medications after blood work came back showing he had an infection caused by plastic and rubber in his stomach.

Doctors said David had a full meal Friday and seems to be improving with antibiotics. They will conduct more tests next week to measure his improvement. In the meantime he's being kept in warm water and being cared for by staff.

How the alligator ended up in the lake is still a mystery.
Report a correction or typo
Related topics:
pets & animalswaukeganalligatorlake michigan
Copyright © 2020 WLS-TV. All Rights Reserved.
RELATED 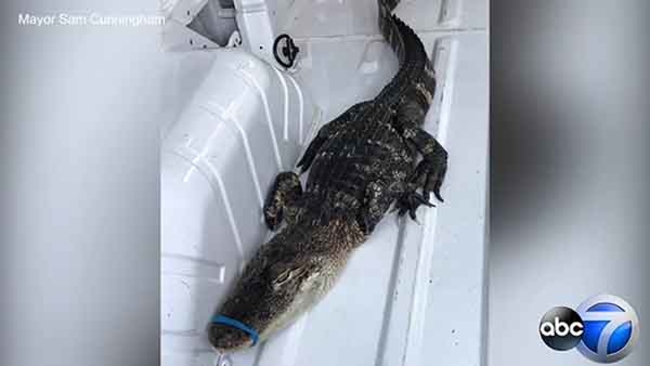