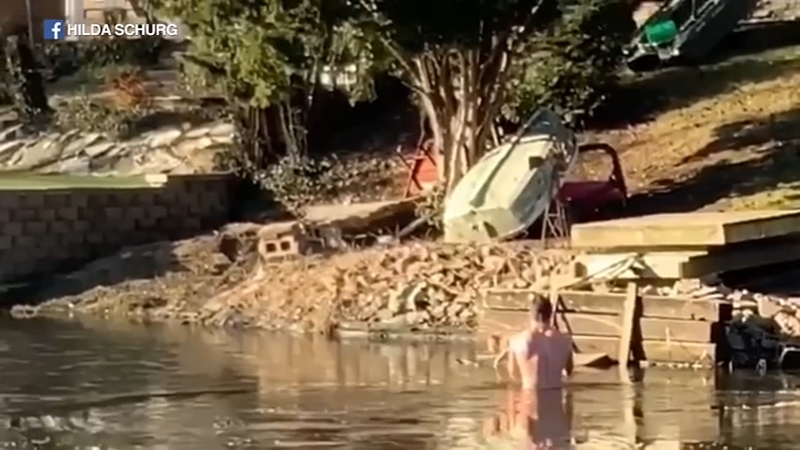 After a cat fell into and icy lake on Christmas Eve, 21-year-old college wrestler Darden Schurg had to make a split second decision.

In an edited video posted to Facebook, at first you can see the cat struggling to survive.

It tries to lift itself up on the ice, but keeps breaking through.

About a minute later, you see Schurg dive in and start swimming to rescue the cat.

"I felt like it was just something I had to do," Schurg said. "I kind of have a small place for animals, and I love wildlife, so seeing that cat kind of bothered me. I just couldn't stand by."

As Schurg swam the 30 to 40 yards he says his adrenaline kicked in.

"Once I started kicking I was able to get through that ice," he said.

"I could tell he was an outside feral cat 'cause he was kind of growling and hissing at me, but he was too cold to be able to do anything," Schurg said. "So I kind of took the hisses and the growling as a thank you."

After a few tense moments, Schurg finally reached the shore and lifted the cat out of the water.

"He got to a point where he was able to run off on his own. So I think he's doing pretty good," he said.

The sharp ice scraped Darden up. He's still got some nicks on his hands. But Schurg's father, another animal lover who first spotted the cat, was overjoyed at the result.