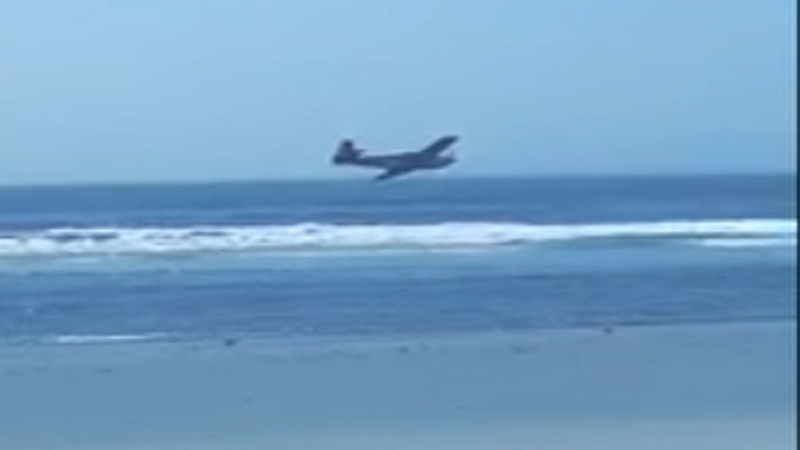 Small plane crashes off coast of Cape May

CAPE MAY, N.J. -- A small aircraft has crashed into the ocean in Cape May, New Jersey.

US Coast Guard officials confirm a Mooney M20J single-engine plane went down in the water approximately 1,200 feet from the lighthouse before 11:30 a.m. Wednesday.

Officials say there was one person on board the aircraft that is submerged.
EMBED More News Videos

Chopper 6 is over the scene of where a small aircraft crashed into the ocean in Cape May on May 29, 2019.

Two Coast Guard boats, as well as local first responders, are on scene. A helicopter is also en route.

Viewer Jacqueline Morroni of Villas captured the moments the small plane veered into the water.

The aircraft crashed in the area of South Cape May Meadows Path, at the southwest tip of the Cape May peninsula.

#BREAKING: US Coast Guard officials confirm a small single engine plane went down before 11:30 today in Cape May, N.J.