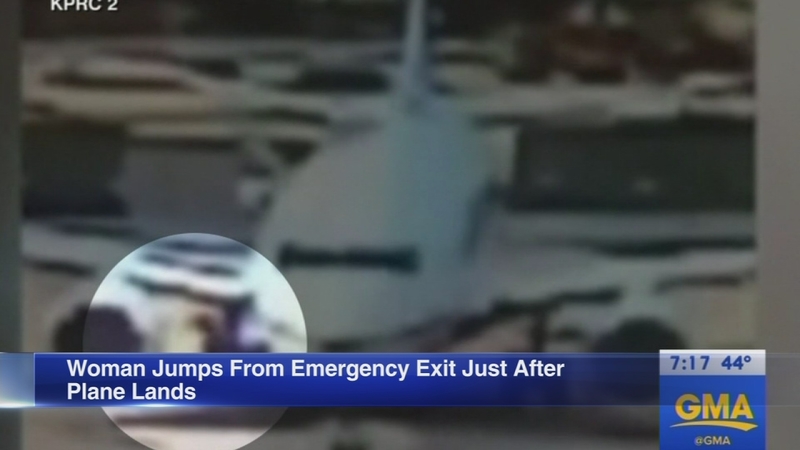 A woman who jumped from a plane at Houston's Bush Intercontinental Airport is being evaluated at a county mental health facility.

Houston police tell Eyewitness News the woman was taken to the Neuropsychiatric Center at Ben Taub Hospital. The Harris County District Attorney's office has declined to press charges against her and the FBI has declined to move forward with a federal case.


If you're viewing on our ABC13 news app, tap on the photo above to see more images.

The woman was detained by police as she ran away from the plane on the tarmac.

The flight was United 1982 from New Orleans. It landed around 1:15pm Monday, which was 30 minutes early according to one passenger.

"I'm just glad she did it when the plane was on the ground," said Chris Embry, a passenger on a different flight.

In an unrelated incident, police arrested an IAH restaurant worker for bringing a gun into the secure area. Police arrested Dvarius Conerly, 22, on a charge of possession of a prohibited weapon.

Dvarius Conerly, was arrested Saturday and charged with possession of a prohibited weapon.

The incident happened Saturday, according to court documents.

When reached at his Humble home, Conerly declined to comment. HPD says he does not have a concealed handgun license. He has no prior criminal charges in Harris County.

Passenger jumps from plane and worker caught with gun at Bush IAH.