Police: Man killed by neighbor on own property; residents say suspect had disputes with others 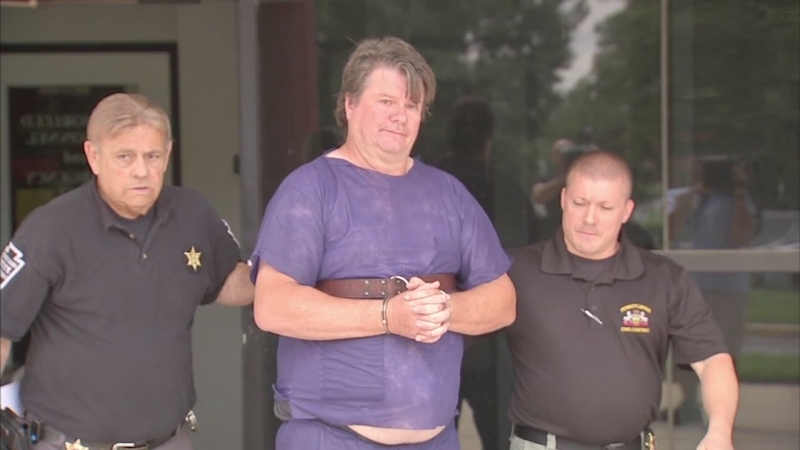 WEST GOSHEN, Pa. -- A man is under arrest, accused of killing his next door neighbor in Pennsylvania.

Police have charged Clayton Carter, 51, in the shooting death of G. Brooks Jennings.

Shortly before 8 p.m. Monday, police responded to the 300 block of Box Elder Drive for a dispute between Carter and Jennings about cursing and video recording in the back yard. Police said they were able to resolve that dispute.

Then at approximately 1 a.m. Tuesday, police say the neighbors got into another dispute. Carter told police that Jennings shined a light into his eyes while he was outside. Carter then allegedly pulled a car onto his lawn, shining the high beams of the car on Jennings' property.

Carter then allegedly retrieved a .380 semi-automatic handgun from his house and confronted the victim again outside.

Officials say Carter shot Jennings once in the head, knocking him to the ground. Carter then allegedly stood over Jennings' body and shot him once more in the head.

The victim was on his own property, police said.

According to the Chester County District Attorney's Office, Carter admitted to the details of the ongoing dispute and to shooting the victim. Carter claims that Jennings threatened him with a knife, but he had no injuries.

"My client says he was justified in doing so because he was under attack by a knife-wielding assailant," said defense attorney Terrence Marlowe.

According to the district attorney's office, Carter did not call police for help or render aid to Jennings.

Jennings' wife allegedly heard the first gunshot, then saw Carter stand over her husband as he fired the second shot.

Carter has been charged with murder and related offenses, and is currently being held at the Chester County Prison.

Neighbor Brian Dougherty got emotional when speaking of Jennings.

"You don't want to sound cliche, you see this on TV all the time, but he is probably the nicest, best guy I've ever met in my whole life, really, seriously," Dougherty said.

Police say Carter had disputes with a number of other neighbors, and even pulled a gun on Jennings during a past altercation.

Neighbors say Carter was a quarrelsome, argumentative man. Court records claim Carter had a history of disputes with multiple neighbors. His front yard was crowded with cars and hand lettered anti-Trump signs.

But the disputes along the block were not political, but personal. Neighbors say they were fueled apparently by some unknown anger inside Carter's head.

"We steered clear of him. We were frightened of him because he's so unpredictable," said Kathy Pratt.

On hearing of a shooting Tuesday morning, former neighbor Mary Beth Wallace came to the scene fearing the suspect had been involved in harming someone.

"My heart sunk to my feet, because I knew something had happened," Wallace said. "I had seen that there was a shooting on Box Elder, and my heart just sunk to my feet. I knew all the way over here, I just suspected what I was going to find."

Wallace said she first feared that the target might have been someone from Carter's family.