U of C student, doorwoman, hostage among 5 killed in shooting rampage between Chicago, Evanston: CPD

WLS
By Karen Jordan and Alexis McAdams
CHICAGO (WLS) -- Seven people have been shot and at least five of the victims killed after a shooting rampage that stretched from Chicago to Evanston Saturday, according to Chicago police.

A 30-year-old University of Chicago student is among the victims killed in the shooting spree, CPD said. Another victim was a woman who was shot after she was taken hostage at an IHOP in Evanston, according to Evanston police.

Crime scene tape winds around the city's Hyde Park neighborhood, marking one of the spots in what is believed to be a random shooting spree.

Just before 2 p.m., a U of C student was shot and killed in a parking garage of the Regent Park apartment complex in the 5300 block of S. East End Avenue, according to police and school officials.

The University was notified that a student had been discovered in a car with a gunshot wound, officials said in a statement to the university's community.

The university put out a statement saying, "This is deeply painful news for the University community and our South Side neighborhood. The University will provide support for members of our community affected by this incident."

Minutes later a few blocks away, a person entered the vestibule of an apartment building in the 4900 block of S. East End Avenue and asked to use a phone before opening fire, according to CPD.

Seven people have been shot, at least three of the victims killed, after a shooting spree between Chicago and Evanston. A U of C student and the gunman are among those dead.

A 77-year-old woman who was inside the building retrieving mail was also shot, CPD said.

One woman, who was struck in the chest, was taken to University of Chicago Medical Center where she was pronounced dead, police said. The other woman was taken to the same hospital in critical condition.

Neighbors said the woman killed was the longtime doorwoman at the complex.

"She was a good person. She has two kids that I know of," the neighbor said.

Nightengale then pulled a gun on a man, who police said he knew, and pushed him into an apartment in the 5000 block of S. East End Avenue around 2:45 p.m. and demanded the keys to the victim's vehicle. He then headed to a nearby parking garage to locate the victim's red Toyota and took off.

About an hour later, Chicago police said Nightengale entered a retail establishment in the 9300 block of South Halsted Street. He announced a robbery before firing shots, striking a 20-year-old man in the head. The victim was transported to Christ Hospital where he later died. An 81-year-old victim inside the business was also shot in the back and the neck. She was transported to the same hospital in critical condition, CPD said.

Police said Nightengale then fled the scene and at approximately 5 p.m. he fired shots from an unknown location, striking a 15-year-old girl in the head as she rode in the backseat of a car her mom was driving in the 10300 block of South Halsted Street. The teen is said to be in critical condition at Comer Children's Hospital, according to CPD. Her mother was not injured.

A short time later, police said Nightengale returned to the scene of the robbery in the 9300 block of S. Halsted where he then fired shots, striking a Chicago police vehicle.

"We are responding to the scene as the crimes are happening, getting information, and again he's going to the next while we're trying to keep up with what happened previously," Chicago Police Superintendent David Brown said."By the time we put it all together, he's here in Evanston."

Evanston Police said they responded to a call about a man with a gun at an Evanston CVS store near Asbury and Howard around 5:40 p.m. When they arrived, the suspect ran across the street to an IHOP, where he shot a woman he allegedly took hostage, according to Evanston Police Chief Demitrous Cook.

"As I was parked over here by IHOP, there was a body over here shot up on the ground. Female probably like in her mid-40's, bleeding out," said witness Israel Lopez.

Nightengale then led police on a chase eastbound on Howard, where they exchanged gunfire near a Dollar General parking lot and Nightengale was fatally wounded by Evanston police, officials said.

Thanks to the bravery of @EvanstonPD police officers and with the support of @Chicago_Police officers, a violent criminal and his murderous rampage was stopped. #ChicagoPolice pic.twitter.com/ASHaGgwZf9

"There was an exchange of gunfire. I'm not sure who fired first, but it was in response to violence he perpetrated in our town," Cook said.

The woman taken hostage was shot in the head and has since died, CPD said.

Evanston investigators are collaborating with Chicago police to piece together Nightengale's crime spree that started on Chicago's South Side and ended in Evanston.

The Cook County medical examiner's office has not yet identified the victims. 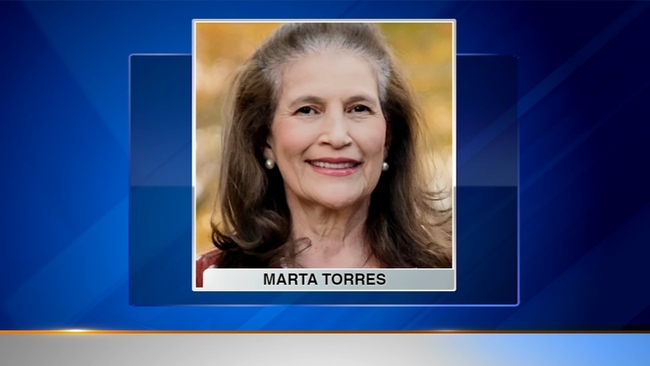 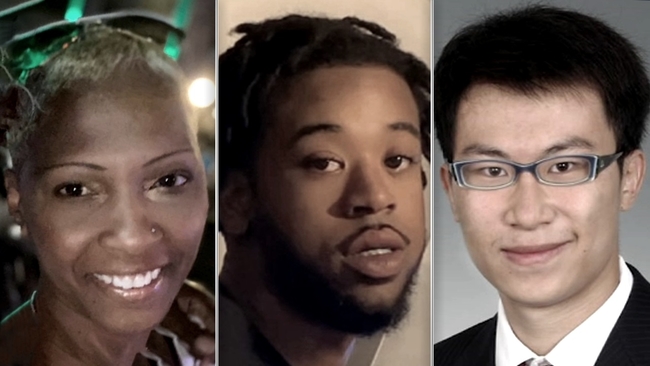