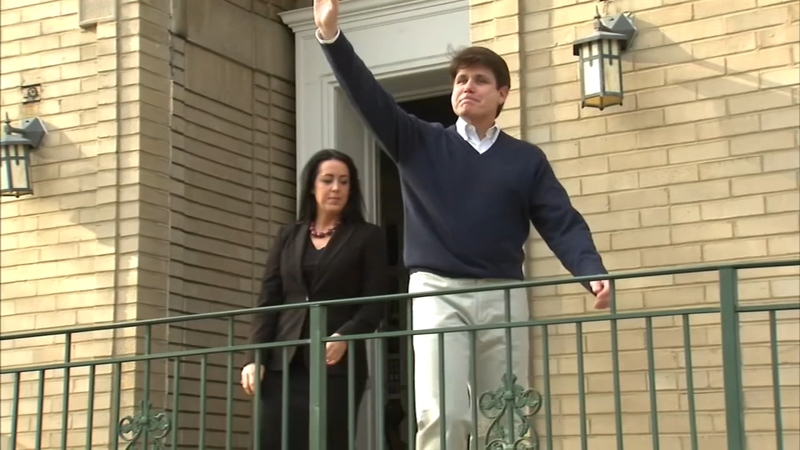 Convicted former governor Rod Blagojevich is speaking out from behind bars with a warning for politicians. In an Op-ed piece in the Wall Street Journal, Blagojevich cautions other politicians to be careful about fundraising.

Blagojevich wrote that "Under the legal arguments that prosecutors used to convict me, all fundraising can be viewed as bribery." He urged those running for office to cease and desist from further fundraising until the law is clarified.

Former federal prosecutor Jeff Cramer said he believes the article was written for an audience of one: President Trump.

"The only thing he has left is a presidential pardon, so he's trying to make some analogies between what he perceives he's going through, Blagojevich, and what the president may perceive he is going through with the Mueller investigation," said Cramer, also the managing director of Berkeley Research Group.

"They should certainly be very circumspect as to how they deal with people who do give them money," said Roland Burris, a former Illinois attorney general and candidate for governor who was appointed to the senate seat that Blagojevich tried to sell. Burris said he always hated fundraising and thinks Blagojevich has a good point in his warning to other politicians.

"So what they're looking at now is the possibility of a quid pro quo evolving out of 'I'm raising money, you want something done,'" Burris said.

Besides the Senate seat, Blagojevich was also convicted of trying to get a $25,000 campaign contribution from the CEO of Children's Memorial Hospital in exchange for a promise to raise the state Medicaid reimbursement rate.

"Rod Blagojevich was not convicted of anything that was remotely close to the line, he went past that line leaps and bounds," Cramer said.

Cramer dismissed the Blagojevich concerns about overzealous prosecutors going after politicians for fundraising.

"There is no concern that state or federal prosecutors are going to start bringing cases when there's just campaign contributions. That's an absurd argument," he said.

Patti Blagojevich declined to do an interview, but on her Facebook page reiterated that she believes her husband was the victim of overzealous prosecutors.