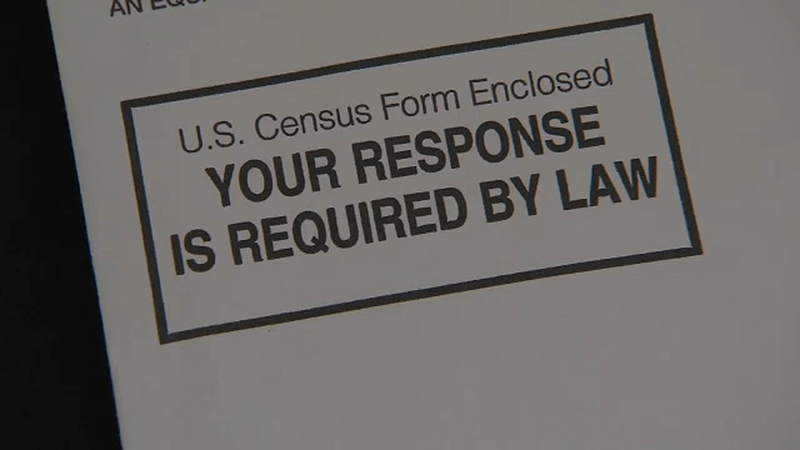 Chicago advocates mobilize to counteract anxiety over 2020 census and citizenship

CHICAGO (WLS) -- The anxiety and fear among Chicago's Latino families remains despite President Trump's decision to back down from including a citizenship question on the 2020 census, and some believe just the previous threat will keep people from filling it out.

Gads Hill Center works with immigrant families. They said convincing undocumented parents to fill out the census form will be an uphill battle.

"The reluctancy [sic] is there because the environment has already been created to deter them," said Maricela Garcia, CEO of Gads Hill Center.

Garcia said the damage Trump has created over the citizenship question has already been done. While the purpose of the census is a headcount only, whether you were born in the U.S. or not, the president reframed it as a count of American citizens versus undocumented immigrants. Garcia said her organization will be working hard in the next few months to restore trust and make sure Latinos are not undercounted.

"We've been using every resource and data to show them the negative impact in the community if they don't participate," she said.

.@POTUS - Immigrants are an essential part of what makes this country great. In Illinois, we welcome and protect them, despite your threats. pic.twitter.com/Gv3N43kLfd

Illinois stands to lose big if people don't participate. An undercount will result in the loss of funding for schools, health care and roads. The census also determines the number of congressional seats each state gets.

In June, the U.S. Supreme Court ruled the Trump administration failed to provide an adequate reason for putting the citizenship question on the census. The president threatened to circumvent the high court and issue an executive order, but backed down Thursday. The ACLU was ready to go back to court, and will again if Trump changes his mind.

"One of the most troubling aspects of this is something as sacred as the census, this administration had decided to create this chaos around," said Ed Yohnka of ACLU Illinois.