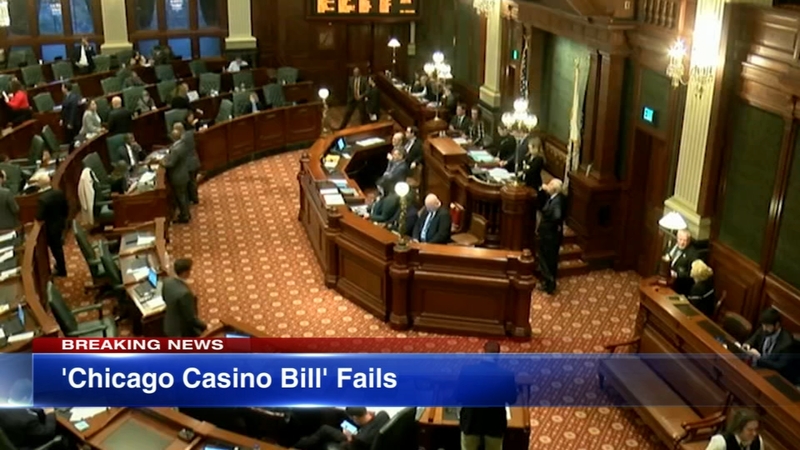 The House did pass a separate bill that would require fingerprinting for operators of casinos and sports betting operations, clearing the way for the gaming board to move ahead with sports betting in Illinois.

While there was a lot of maneuvering Thursday and it appeared the Democrats had lined up enough votes, Republican David McSweeney filed a series of requests for information about how the proposed tax changes would impact the statewide budget for construction projects like schools and hospitals and that appears to have scuttled hopes of passing the bill.

The mayor had expressed optimism when she went to Springfield this week that she could get help reducing the 72-percent tax rate for a Chicago casino, which a consultant said was too onerous to attract investors. But with Speaker Mike Madigan recusing himself from working on this legislation, lawmakers were unable to get it done for Lightfoot.

Earlier on Thursday, the mayor seemed to be preparing for the possibility of coming away emptyhanded.

"A veto session is a narrow window of time and realistically, we've had a day and a half of work this week," Lightfoot said. "It's like going through the eye of a needle and we're trying to thread that as best we can."