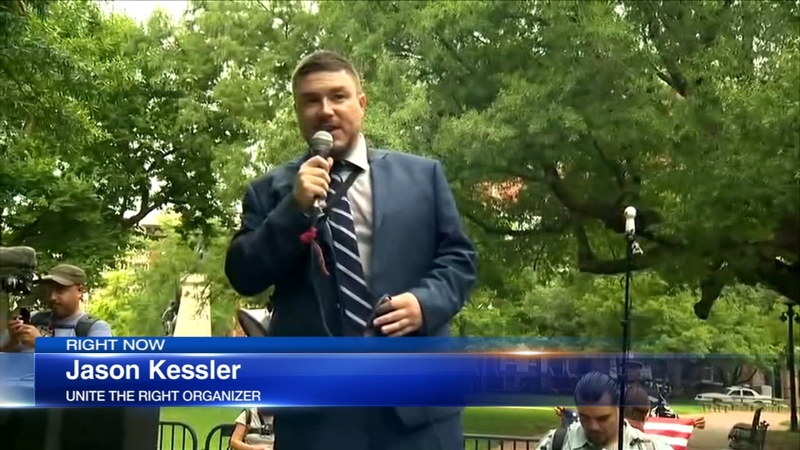 White nationalists gather in D.C. a year after Charlottesville clashes

Approximately two dozen white nationalists rallied in the nation's capital on Sunday, one year after clashes in Charlottesville, Virginia, left one person dead and elevated racial tensions in America.

But they were vastly outnumbered by throngs of counterprotesters.

The showing from "Unite the Right 2" participants fell far short of the hundreds that organizer Jason Kessler was expecting, based on his event permit application.

Kessler, who organized last year's "Unite the Right" rally in Charlottesville, blamed the low turnout on logistical issues and confusion regarding the group's transportation -- a claim echoed by at least two men who spoke to reporters. "People are scared to come out after what happened last year," one of the men added.

A small stage and speaker system was set up in the park, where attendees stood silently and listened to a slate of impromptu speakers.

They addressed the small group over the jeers of the anti-racist demonstrators, who chanted, "Nazis go home!" and "Shame! Shame! Shame!" 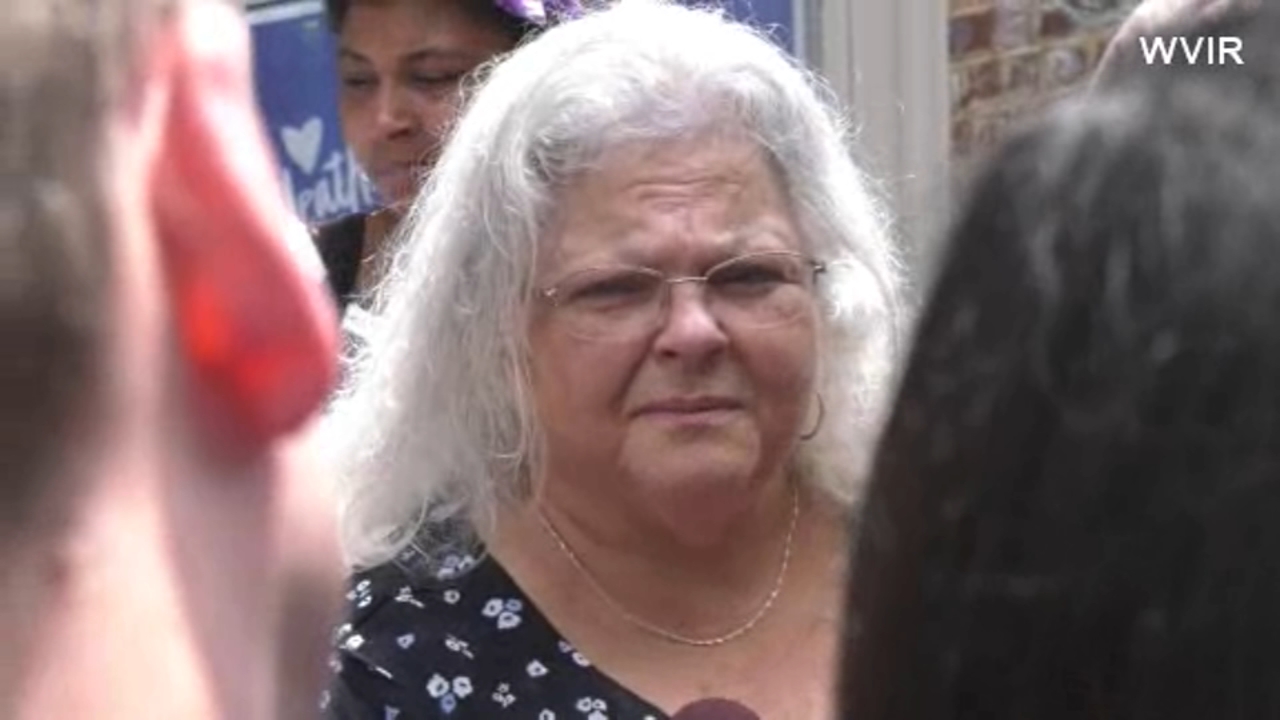 The white nationalists left the park not long after they arrived, prompted by the sound of thunder and rain, and were whisked away in white vans.

Everywhere they went Sunday afternoon, "Unite the Right 2" rallygoers were confronted by counterprotesters, who had been gathering throughout the day as part of a series of demonstrations led by members of 40 anti-racism groups.

"Our message is to let everyone know we support each other," said Maurice Cook, a co-organizer for the March for Racial Justice, which organized the "United Against Hate" counterprotest in DC's Freedom Plaza.

Kaitlin Moore, 28, of Frederick, Maryland, told CNN she was participating in counterprotests in Lafayette Square to "show this is not okay."

She said she felt it was important to show up after she saw what happened in Charlottesville last year.

"This is not normal," Moore said. "We won't tolerate bigotry and hate in the United States."

Kessler and his group were met by counterprotesters the moment they exited the Foggy Bottom metro station with their police escort. They proceeded to Lafayette Square park, where police kept the opposing sides separated.

By Sunday evening, authorities said that two arrests had been made in connection to Sunday's protests, both on charges of simple assault.

In the past, similar far-right demonstrations have been dwarfed by counterprotests.

Sunday's demonstrations and the opposing rallies took place against a backdrop of heightened racial tensions in the US.

Recent months have seen a series of high-profile incidents in which police were called on people of color for innocuous acts, like napping in a dormitory common room, having a barbecue and going to the pool.

This week, NFL players in the first preseason games resumed their protests over police brutality against blacks by raising their fists, kneeling or sitting out during the National Anthem.

The demonstrations also come at a time when the wounds from last year's events in Charlottesville remain raw, particularly in regard to the death of counterprotester Heather Heyer, who was killed when a suspected neo-Nazi sympathizer drove a car into a crowd.

In an interview on Sunday, Kessler offered his condolences to Heyer's mother and "those who were hurt," but blamed last year's violence on the police, who he said did not adequately protect the "Unite the Right" rally.

Charlottesville authorities came under harsh criticism for their delayed response to the clashes between white supremacists and counterprotesters. An independent review faulted police and said they failed to adequately prepare for the "Unite the Right" rally.

Kessler organized that event to oppose the renaming of two parks honoring Confederate generals. That drew white nationalists, neo-Nazis and members of the Ku Klux Klan.

Trump condemns 'all types of racism'

President Trump -- who has been accused of deepening the racial divide in America -- condemned last year's events in Charlottesville in a tweet Saturday morning, saying they "resulted in senseless death and division."

"We must come together as a nation," he wrote. "I condemn all types of racism and acts of violence. Peace to ALL Americans!"

It was a departure from his comments a year ago, when he said there were "very fine people" on both sides of the conflict in Charlottesville. That statement set off a political firestorm that lasted for days and culminated in an infamous press conference in the lobby of Trump Tower in New York.

Heyer's mother: 'We have got to fix this'

On Sunday morning, as Washington prepared for potential crowds of white nationalists, a crowd made up of leftist and anti-racist demonstrators gathered in Charlottesville and made its way to the site of Heyer's death, where some had paid their respects and used chalk to scrawl messages of remembrance in the street and on the walls of nearby buildings.

RELATED: Heather Heyer's mom Susan Bro tells crowds in Charlottesville 'it's not all about Heather...it never was'

There they sang spirituals and observed a moment of silence. But like protesters on the campus of the University of Virginia Saturday night, many expressed antagonism toward police. Police officers, some of them dressed in riot gear, were out in force throughout the city to prevent any outbreak of violence.

"There's a profound difference in this year and last year, and that is the heavy police presence," said Lisa Woolfork, an associate professor of English at the University of Virginia and a local organizer with Black Lives Matter.

Some people might be comforted by the police, Woolfork continued. "But for folks like me, black and brown folks, folks in Black Lives Matter, we don't equate a heavy police presence with safety, so we see this as a perceived risk and increasing the possible harm that might occur to us."

Susan Bro, mother of Heather Heyer, visited the site where her daughter was killed, surrounded by supporters and journalists. She turned to the crowd, and over the hum of a helicopter circling overhead, spoke out against the racial tension she sees in America.

"We have a huge racial problem in our city and our country," Bro said. "We have got to fix this, or we'll be right back here in no time."

Kessler had sought a permit from the city of Charlottesville to hold an event commemorating the "Unite the Right" rally this weekend, but withdrew his request in a federal court hearing late last month, according to city officials.