Democrats focus on health care in run up to Election Day 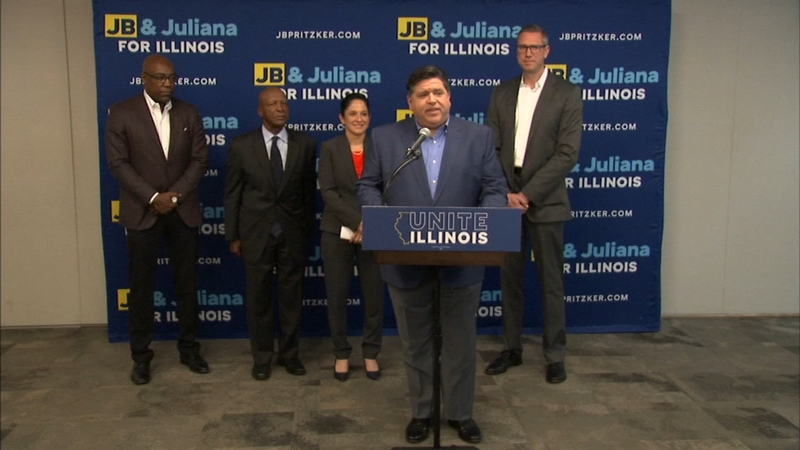 Democrats focus on health care in run up to Election Day

CHICAGO (WLS) -- In the final stretch of the 2018 midterm elections, many Democrats have put the issue of health care in the forefront.

"On Tuesday we can take a stand against a president who espouses bigotry and hatred. We can make it clear that his actions are not normal and they are not ok," said Democratic gubernatorial candidate JB Pritzker.

Even as Trump declared the so-called "blue wave" for Democrats dead earlier this week, top Democrats say Illinois is different.

"On Tuesday we're going to see a big, beautiful wave crest in Illinois," said Democratic comptroller candidate Susana Mendoza. "It's going to be a blue one and if you work hard enough we are going to see a Bluenami."

"Property taxes are crushing the people of Illinois, and most people are deciding to leave because their property taxes are too high," he said. "Health care is a very important issue, but if people can't afford to live here then what is health care to them?"

As former President Barack Obama prepares to visit and campaign with Democrats on Sunday, he has cut a radio spot to help Kwame Raoul in his race for attorney general.

"I appreciate his endorsement but let's be clear: Whether President Obama came in and recorded an ad or not, I've been on this dream team," Raoul said.

"I feel good about where things are," she said. "We've worked hard during the course of this campaign and I think our message of having a check on state government and maintaining a two-party system in the state of Illinois is really resonating with a lot of voters."
Report a correction or typo
Related topics:
politicsrepublicanspresident barack obamajb pritzkerelection 2018democratshealth careproperty taxesbarack obama
Copyright © 2021 WLS-TV. All Rights Reserved.
ELECTION 2018