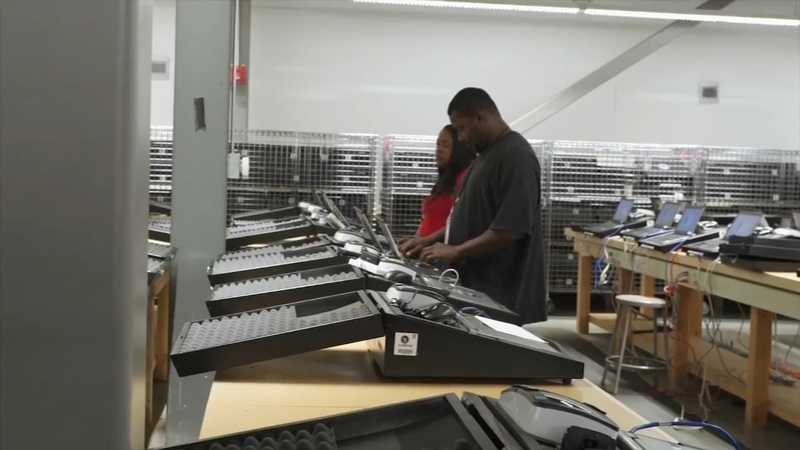 CHICAGO (WLS) -- Threats to election security are back in the spotlight after an intelligence report concluding Russian hacking attempts have been even more widespread than previously known.

Now city and state election officials are trying to ease voter concerns about what's being done in Illinois to make sure the 2020 election is safe.

Illinois was among the first states targeted by the Russians before the 2016 election and state officials said since then a lot has been done to shore up our the security of election computer systems.

But this week Robert Mueller's testimony made it clear Russian hacking attempts are currently underway, serving as a renewed wakeup call for vigilance.

"They're doing it as we sit here. And they expect to do it during the next campaign," Mueller said Wednesday during testimony before a House committee. "Many more countries are developing capability to replicate what the Russians have done."

Senator Dick Durbin (D-IL) was in Chicago Friday and confirmed he was among those who received a special intelligence briefing on what's being done to protect against efforts to disrupt the 2020 election.

"Our intelligence agencies are monitoring every move the Russians make to play defense, but we're also playing offense and effectively playing offense I can't going to detail," Durbin said.

At the State Board of Elections hardware and software have been upgraded to prevent another breach.

"We are doing everything possible and we're using industry best cyber security practices to stay one step ahead of any country, any individual hacker, anyone, any type of cyber threat," said Matt Dietrich, Illinois State Board of Elections spokesman.
And a $14 million dollar federal grant is funding a Cyber Navigator program to help all 108 local election authorities in Illinois also get prepared.

"Election security has become like a paramount concern for election officials across the country ever since 2016," said Jim Allen, Chicago Board of Elections spokesman.

He said Chicago's election system is as safe as it can possibly be.

"We've taken every step we can to be reasonably confident that no matter what we can defend against an attack, detect an attack, and recover from it," Allen said.