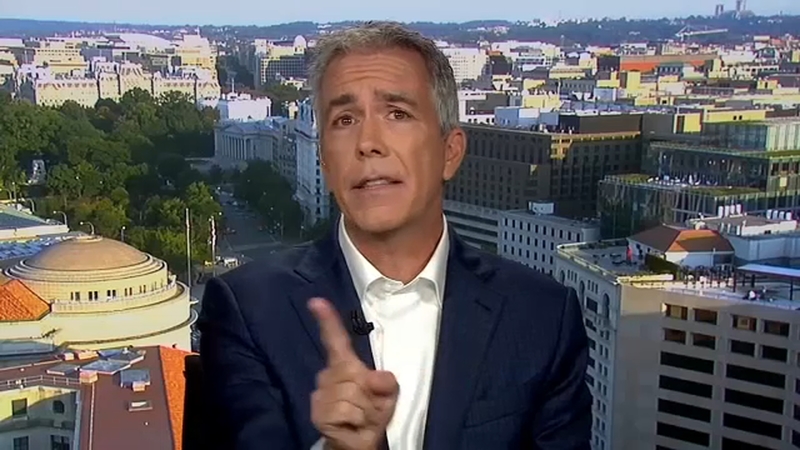 Former Congressman Joe Walsh is taking verbal swings at Donald Trump as he considers challenging the president in the 2020 election.

Walsh said he is seriously considering joining the race for president. If he decides to do so, Walsh said it's because someone has to stand up to President Trump, who he called an "unfit divider."

The one-term congressman and one-time supporter of President Donald Trump is now a fierce critic and potential presidential challenger. Walsh appeared on CNN Thursday morning and said it would be worth it to run against Trump, even if he can't win.

"I think it's for ratings for his radio show," Morrison said. He added that Walsh, who has been a conservative radio talk show host for the past six years, has no chance against Trump.

It's rare for sitting presidents to get a primary challenge, but Eugene McCarthy did it against Lyndon Johnson in 1968 at the height of the Vietnam War. Johnson dropped his reelection bid.

Walsh would face a steeper climb against Trump.

"He's pretty well-known in the talk radio circuit, but it just isn't enough. The cost of the presidential campaign next year will be a billion dollars and you'll need several hundred million to successfully compete in the primaries and caucuses," said Dick Simpson, a political science professor at the University of Illinois at Chicago.

Walsh said it still may be worth the fight.

"There are bigger names than me, there are bigger former senators and members of Congress but none of them have the courage to step up and challenge him," Walsh said. "This is the time where somebody's got to be brave."

The head of the Illinois Republican Party said Walsh would be a distraction from the "dangerous socialist rhetoric coming out of the Democratic Party."

Walsh said via text that if he gets in the race, he will make that decision by early or mid-September at the latest. He denied this was a publicity stunt.
Report a correction or typo
Related topics:
politicsdonald trumprepublicanspresidential race
Copyright © 2021 WLS-TV. All Rights Reserved.
More Videos
From CNN Newsource affiliates
TOP STORIES