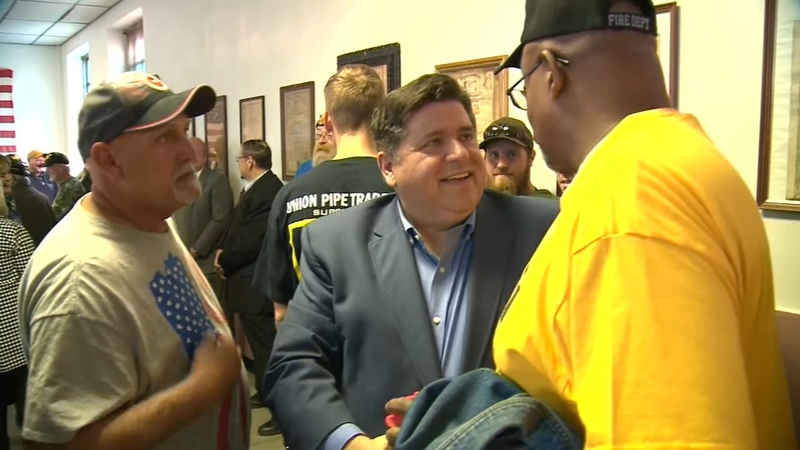 CHICAGO (WLS) -- The final push is underway in the race for governor with the candidates on a series of whirlwind stops around the state.

One of the last big campaign events will be getting underway in just about an hour in Lisle.

Governor Bruce Rauner toured a manufacturing plant in McHenry County, doing all he can in the final full day of campaigning to manufacture an Election Day comeback.

Rauner held his final get out of the vote rally at Benedictine University, and was joined by the entire state-wide Republican ticket.

On the eve of Election Day, the candidates for Illinois governor are making their final push for votes.

JB Pritzker made a series of stops at airports around the state, starting early Monday morning in Rockford, as he hopes to keep his ground game energized and avoid falling victim to voter complacency.

Both candidates stuck to their campaign talking points.

And while Pritzker and the Democrats are making healthcare a major issue, Rauner continued to hammer away at the two key issues for Republicans.

"Taxes and corruption are the core issue of this campaign, and this election is really not about Republican versus Democrats, it's about all of us as citizen of Illinois standing against a very corrupt politician machine that's run for the insiders, run by Mike Madigan, funded by Mr. Pritzker," Rauner said.

Both candidates emphasized the importance of voting and making sure as many people vote as possible.

"If we want to make the statement that we need to make, that we're standing up for Illinois values that we're gonna lower the cost of health care lower the cost of higher education raise wages and create jobs, people have got to go stand in that line if the line is long and make sure they have their voice heard," Pritzker said.