WLS
By Craig Wall
SPRINGFIELD, Ill. (WLS) -- A critical vote is coming Friday for recreational marijuana as the Illinois House is poised to give the final stamp of approval to a bill that is considered a key issue for the Pritzker administration.

With the votes in the House still not locked up, a judicial committee held a hearing on the matter Thursday night trying to shore up support.

"Cannibis legalization is here and it's coming and we have the opportunity to set the appropriate tone for the country," said State Representative Kelly Cassidy (D-Chicago).

Cook County State's Attorney Kim Foxx was on hand and scheduled to testify in favor of the bill.

Recreational marijuana is expected to bring in $57 million in 2020, largely from licensing fees, and more than double that the next year.

It would make it legal for Illinois residents over 21 to possess up to 30 grams. People who had previously been convicted of possessing less than that amount would have their records automatically expunged. 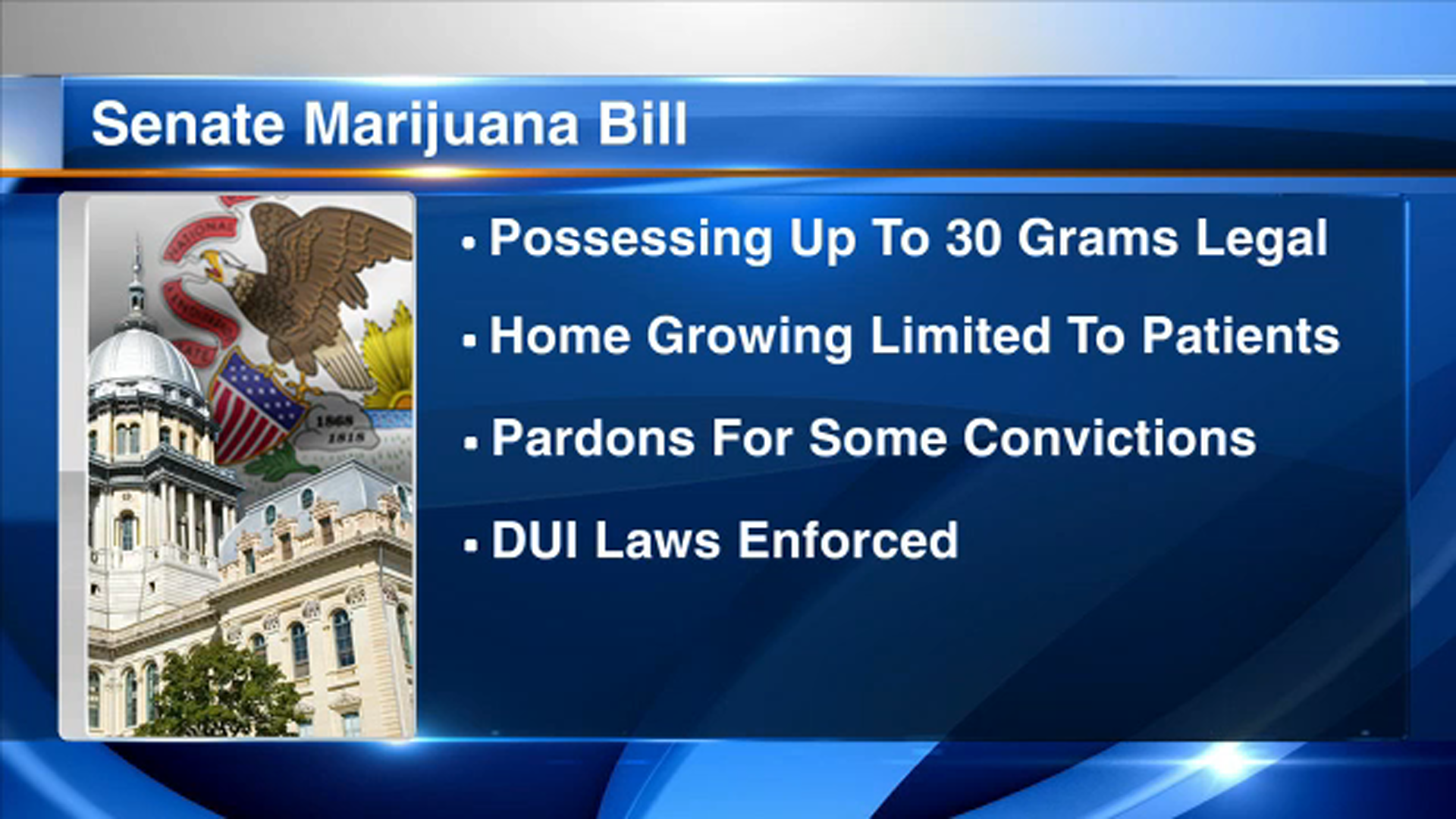 "One thing we will not be able to do in one bill is completely change or rewrite the history of what prohibition did to our communities. We can't fix that all in one bill, but we can start the fight," said State Senator Toi Hutchinson (D-Olympia Fields).

Earlier, Democrats caucused on the issue, addressing some concerns of the Black Caucus. Earlier, the governor expressed optimism about it passing.

"I feel good about the roll call where it is, but there is still a lot of effort being put in today to make sure that the vote comes out the way we hope it will," said Gov. JB Pritzker.

"I made sure that I negotiated in this bill that there will not be dispensaries on every corner so that the people on the West Side won't be saddled with liquor stores and marijuana dispensaries," said State Representative LaShawn Ford (D-Chicago).

"The proponents are working everything they can, it's a David versus Goliath effort," said State Representative Marty Moylan (D-Des Plaines)

The full House is expected to take up the bill Friday, which is the last day of the legislative session.
Report a correction or typo
Related topics:
politicsspringfieldmarijuanaillinois budgetgeneral assembly
Copyright © 2021 WLS-TV. All Rights Reserved.
More Videos
From CNN Newsource affiliates
TOP STORIES