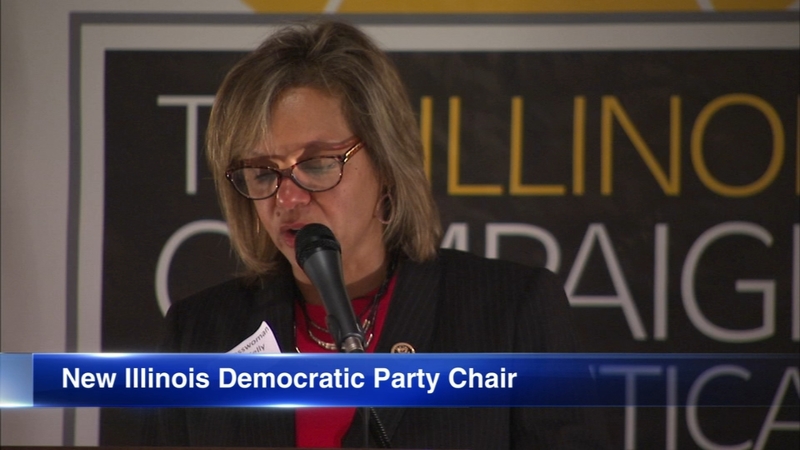 Rep. Kelly edged out Chicago Alderman Michele Harris, who was also up for the role. Kelly has represented Illinois' 2nd Congressional District in Congress since 2013. She is the first Black woman to serve as the state party chair.

"We as Democrats are at our best when we have vigorous debate, and then come together for the betterment of the party and our country. I want to thank the members for the State Central Committee for your support and vote of confidence. I look forward to working collaboratively with you as we strengthen our party and work together to build a bench across our 102 Counties," Kelly said in remarks after her election.

Congressman Chuy Garcia (D-IL 4) released a statement to congratulate Rep. Kelly on her win, saying in part, "Robin's relentless commitment to inclusivity and transparency sets the Illinois Democratic Party on a path to secure electoral and legislative wins for years to come. Now, we must focus on party unity, rebuilding trust in our democracy, and investing in our diverse and growing electorate."

In July, Madigan, the longest-serving legislative leader in U.S. history, was implicated in a long-running bribery scheme involving the state's largest electric utility, Commonwealth Edison. Court filings didn't name Madigan but made it clear he was the person in documents referred to as "Public Official A." ComEd admitted it secured jobs, often requiring little or no work, and contracts for his associates from 2011 to 2019 for favorable treatment in regulations. ComEd agreed in August to pay $200 million.