He told The Associated Press that he hopes to soon visit the White House.

The eccentric former reality television star is one of the few Westerners to have spent time with Kim during multiple visits to Pyongyang. The two struck up an unlikely friendship over their shared love of basketball. Rodman also goes back years with Trump and appeared on his "Celebrity Apprentice" show.

In an emotional and sometimes hard-to-follow interview with CNN's Chris Cuomo, Rodman, wearing sunglasses and a "Make America Great Again" hat, said he had received a call from the White House ahead of Trump's historic meeting with Kim - the first between a sitting president and North Korean leader.

Rodman later told the AP in a phone interview that the call had come from White House press secretary Sarah Huckabee Sanders. "She sent her best wishes and said that Donald Trump is really proud of you. He's happy you're having some type of part of this whole situation," Rodman recalled her saying. "He's very happy to carry out the things I've been saying."

Sanders did not immediately respond to questions about the call.

Rodman suggested he helped lay at least the groundwork for the summit, joking to the AP that he "should be pushing for the Nobel Peace Prize. At least give me a piece of it, something like that. An honorable mention."

He also said he thought he'd meet with Trump soon. "I'm pretty sure that I'll be going somewhere, like the White House to meet him," he said.

In his CNN interview, Rodman grew emotional as he recalled former President Barack Obama failing to take him seriously when he returned from Pyongyang with a message from Kim after one of his trips.

Rodman said that Obama brushed him off and that he'd received death threats and had to go into hiding as a result.

But he jokingly downplayed his televised tears in talking to the AP. "It was just too hot. I was just getting sweaty. Don't get it twisted," he said with a laugh.

He expressed hope that Trump and Kim would be able to make progress - but said he believes that "all the pressure is on Donald Trump," not Kim.

"Trump's going to be Trump," he told the AP. "It's going to be on Donald's hands and how he's going to play this. We don't want this whole summit to come for naught."

But he appeared to have trouble containing his excitement, telling Cuomo, "It's a great day" and exclaiming: "I'm so happy!"

Asked to describe Kim, Rodman said the autocratic leader was "like a big kid" who wants to have a good time, but is "trying to protect his people" and his honor.

White House officials have said that Rodman would play no official role in the diplomatic negotiations. Last week, Trump told reporters that Rodman had not been invited to the summit, but praised him as a "nice guy" and great rebounder.

Rodman's trip was sponsored by PotCoin, a cryptocurrency company that gives marijuana businesses access to banking as an alternative to many financial institutions that will not do business with cannabis companies because marijuana is illegal under U.S. federal law.

In 2014, Trump tweeted dismissively about the possibility that he and Rodman would someday travel to North Korea together.

"Dennis Rodman was either drunk or on drugs (delusional) when he said I wanted to go to North Korea with him. Glad I fired him on Apprentice!" Trump wrote.

The U.S.-North Korea summit gave Rodman, one of few Americas to meet with Kim Jong Un, "a little more shine of a light" for his efforts to "bring peace between the two countries," he told "Good Morning America" Tuesday.

"I just feel like that it (the meeting) almost didn't happen you know, but I'm glad it did. I guess it gave me a little more shine of a light, as far as like, knowing the fact that I did something pretty, pretty historical as far as like bringing awareness to North Korea and some of the issues that's over there," Rodman said.
He added: "People thought that I was trying to overstep my boundaries, thought I was a dignitary, an ambassador, human relations or something like that. But I was trying to be someone that brings peace between the two countries."

In the interview with "GMA" co-anchor Michael Strahan, Rodman, who is often criticized for his cordial relationship with the North Korean leader, praised his improbable friend.

"I like the guy," Rodman, 57, said. "I like the culture and he gave me the opportunity to get to know him. He's a genuine guy."

The former reality-TV star seemed to turn a blind eye to the perceived human rights violations committed in the isolated authoritarian state, including "an almost complete denial of the right to freedom of thought, conscience and religion" and the use of prison labor camps, deliberate starvation, executions, and other methods of torture to deter dissent, according to a 2014 United Nations report.

"I don't know anything about him being a dictator," Rodman said Tuesday. "I've never seen that side of North Korea."

"My heart's never been in hatred and I hope this is a great start for Trump and Kim Jong Un. I hope people can put this behind," he added.

"I'm so thankful and fortunate we didn't talk about politics. I think that would have ruined our friendship that we have right now."

After years of building a friendship with Kim through multiple visits to Pyongyang and their shared love of basketball, Rodman suggested that he played a supporting role in laying the groundwork that ultimately led to the summit by bringing "awareness" to North Korea.

"I've said it from day one: I think the fact that people really didn't realize what I was actually going to North Korea for," he said. "People thought that what I was doing was more of a joke more of a stunt, more of a publicity stunt pretty much, and I was just trying to spread the word, the fact of why I was going over there because I like the guy. I like the culture and he gave me the opportunity to get to know him."

As one of the most notable visitors in recent years to North Korea, Rodman is aware of his role as an informal diplomat but insisted he "never wanted to step on anyone's toes" during this historic moment.

"I'm just trying to speak just love throughout no matter what the situation is and I never wanted to step on anyone's toes," he said. "It's a great, great step in moving forward in the world and I hope that we can continue this and I think it's a great, great opportunity for the world to see what's going to happen." 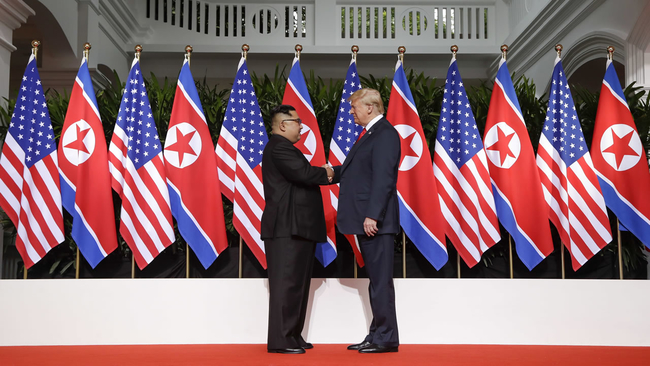 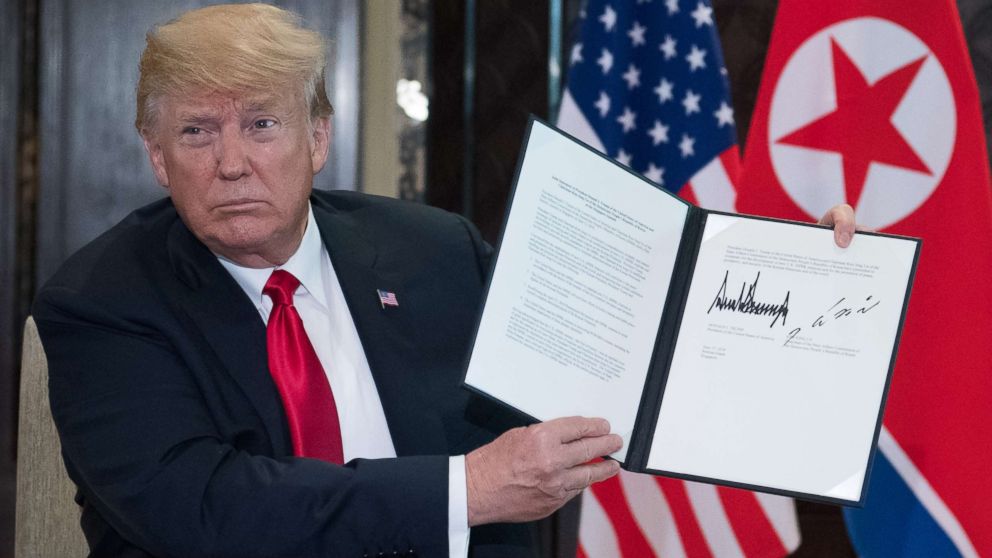